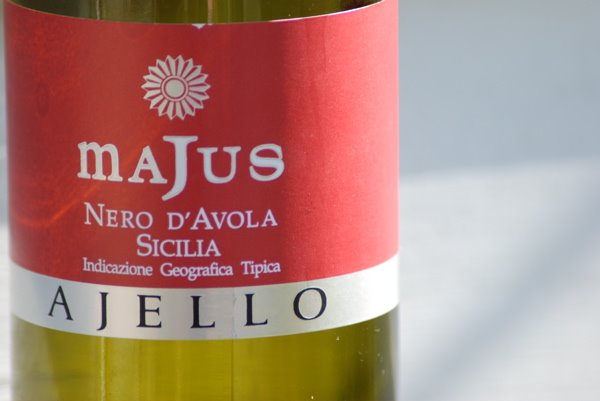 Back in college, I was a beer drinker. The only thing I knew about wine was that it was an ok substitute for beer every once in a while, and that the box, when used to prop open your apartment window on a winter’s night, not only kept the wine nice and cold, but also had the added benefit of letting at least some of the fog of cigarette smoke out, making it somewhat easier to see who came to your party.

I still drink beer from time to time, but wine is my beverage of choice, and as such, I’ve learned a lot more about it since those college days. For one, I know that wine should not come in a box unless you’ve bought a case of bottles (hey, and that usually means a 10% discount as well!), that it doesn’t have to be expensive to taste good, and cheap doesn’t mean it has to come from the supermarket.

In that spirit, I am going to feature a wine varietal (a varietal is the type of grape from which a wine is made) or blend each week that represents not only great value, but great taste. We may revisit varietals as time goes on, but there are so many lesser-known wines available on the market today that we should have a good long run before that happens. I wish that I could sample multiple bottles of each varietal per week, but this gal is on a budget (and can only drink so much wine before becoming incoherent), so I am not about to go spitting out any wine, even if it is inexpensive. In an effort to prevent certain drunkenness or spitting out of perfectly good wine, we’ll look at one particular bottle each week, though you can use the information to guide you to other producers of these value wines.

As I’ve been a bit Sicily-focused this week, this inaugural post is about a fantastic Sicilian red, Nero d’Avola. Nero d’Avola is a native varietal, cultivated throughout Sicily, and is considered to be the mac daddy of Sicilian red grape varietals. It is often compared to Shiraz; is big and bold, and may be aged (“cellared” or held onto for a period of time once purchased), which is quite a concept (at least in my mind) for an eleven or twelve-dollar wine.

With the help of my friend Greg at Gasbarro’s Wines in Providence, I selected today’s bottle, Ajello (this is the producer’s name) Majus Nero d’Avola 2006. The bottle cost $11.99, a great value, particularly considering the weak dollar against the euro.

JR and I had the wine with the potato and leek soup, which was last night’s dinner, and it was probably good that we had some bacon garnishing the soup, as this wine would be a perfect match with meat; roast lamb, grilled steak, meat sauce and pasta, or a pungent, flavorful cheese. My first impression of the wine was that it had a leathery aroma with hints of berry or cherry and some earthiness. JR also thought that it had a leathery smell. Once the wine had opened up, the leather aroma grew more intense, to the point where I said, “it smells as though I’ve walked into a leather store”. Leathery-smelling wine, lest you are curious, is, in my opinion, a good thing. My first taste of the wine tasted of black cherry, and lots of it. This only intensified as the wine opened up. JR tasted blackberry and black cherry – it’s often difficult to articulate what one tastes in wine, and everyone will have slightly different impressions, but the most important thing is whether or not, on a visceral level, you like the wine. And we did like the wine. Boy, did we ever like the wine. It also had a pleasant bite in the finish, though the wine was very smooth and not at all tannic or imbalanced, as many young high-alcohol content wines can be. Coming in at 14% alcohol, I should maybe not have had quite as much as I did, but this wine was scrumptious, and you know I am opposed to spitting. On financial grounds.

Salvatore Ajello is a third-generation winemaker, working the vineyards that his grandfather first planted. From what I learned on the distributor’s website, he seems to have a high regard for nature’s role in creating great wines and sees the winemaker as a steward of what the harvest provides. Though the winery only recently began bottling their own production (prior to this, they sold their grapes for use by other wineries), they have garnered recognition and awards, including due bicchiere (two glasses) of a possible three from Gambero Rosso, the guide to, and authority on, Italian wines. The 2005 Gambero Rosso guide describes Ajello’s Majus Nero d’Avola 2002 as an “elegant, highly drinkable wine” with “strawberry” aromas. Ok, strawberry. JR and I were at least within the berry family, and maybe things have changed between the 2002 and 2006 vintages. In any case, Gambero Rosso, JR, and I agree. This wine is a great value. And a great value that will have you smiling all the way to the bottom of the berry-scented, berry-flavored bottle.

Dinner tonight: leftover macaroni and cheese with a garden salad and a thimble-full of Ajello Majus Nero D’Avola 2006. Whoopsie. Estimated cost for two (excluding the thimble each of wine): $6.40. The mac and cheese per two servings is $6.10, and the lettuce from the garden is how much? Yes. Thirty cents. A note on the potato and leek soup from last night: it is very filling and is a very generous 4 portions, so per two servings, the soup alone costs around $2.36. Even if you purchased leeks, instead of grabbing them in the rain from the garden, you should be under four dollars for two people. And you will be full, let me tell you.

2 Comments to Ajello Majus Nero d’Avola: berry on a budget