Rising, and Punching, and Rising, oh my! 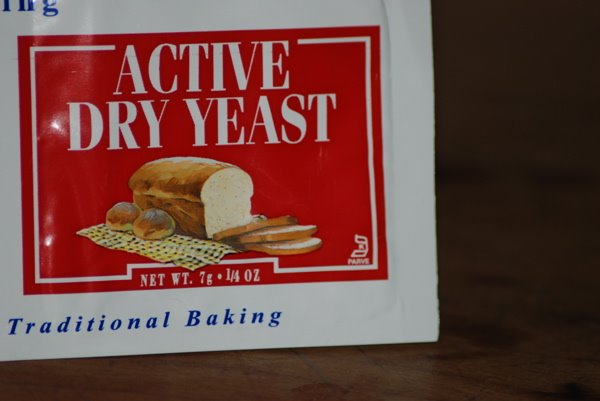 Alas, I did not save a single caramelized onion from the butternut squash soup dinner. Turns out, I made them while the squash roasted rather than while the soup simmered, and topped the focaccia with them. The meal was so filling, JR and I didn’t even have room for the last pieces of tarte tatin I had made (with apples from the neighbor’s farm stand, of course). The next day, JR had tuna salad with kalamata olives on focaccia for lunch, and I had a piece with my mid-day standard, roasted eggplant. Today I cut the remaining focaccia (two people can’t quite get it all done before it becomes stale) into cubes, drizzled them with olive oil, and baked them in the oven at 350 for about 15 minutes to make croutons. The croutons will help to jazz up those cans of soup that were such convenient time savers when I was working full-time, and which are now convenient money savers while I am not working – so much. Beyond canned soups (which are a bit depressing, I agree), I’ll use the croutons in the traditional fashion – on salads – we have lettuce growing in the garden now – and as a pre-dinner snack as well.

In my last post, I indicated my love of making yeast breads, yet I’m really rather inexperienced at the task. This became more evident to me today when I sat down to read The Joy of Cooking’s chapter on yeast breads. The Joy of Cooking is my favorite informational cookbook. Any time I have a question about a technique, Joy has the answer. I follow Joy’s advice for sauces, stocks, ice creams, poaching eggs (among the many and varied egg preparations), and my favorite chocolate chip cookie recipe comes from The Joy of Cooking. Yet, without exception – even of those chocolate chip cookies, which I add just a pinch of cinnamon to – I never use Joy’s recipes exactly as written. I think this is indicative of a larger problem of my reluctance to follow direction, but we’ll get to that at a later time. With regard to our current conversation, I “followed” Joy’s focaccia recipe by modifying it using bits of technique from an olive and rosemary focaccia I had made previously. Now, remember, I do not actually know bread-baking technique, therefore, I am not certain what made me think I was qualified to modify the recipe of such an authority as The Joy of Cooking. So I let the dough rise once, though the room was a little less warm than the 75-80 degrees Joy calls for, then punched down the dough (perhaps this punching down is why I like yeast breads so much? The catharsis of beating down elasticized wheat glutens?), kneaded it once more, and let it begin its second rise. After getting my frustrations out with the punching, which is really just one punch – dough isn’t much of a fighter – I began to wonder why the heck I punch the dough in the first place, and what does the second rise do for me? I mean, the bread; what does it do for the bread? It turns out that these are two of many Mysteries of Bread Baking of which I have not one speck of knowledge. Thank goodness for The Joy of Cooking!

With all this build-up, you’d think that I’d destroyed the focaccia, but this is not the case (as evidenced by the fact that in the first paragraph of this post, I told you all of the things done with this focaccia). However, I had mistakenly believed that going forward, I would be able to make any bread without understanding the technique first. This happens to be untrue, given what I learned in today’s reading, and also helps to explain why my everything-made-from-scratch mother always bought frozen bread dough (in pairs) to make her calzones, her famous cinnamon rolls, which all four kids fought over each Thanksgiving, and which I also ate uncooked by pinching off the ends facing the wall while the dough was rising and she wasn’t looking, only she did somehow see me do it. She bought pre-made dough not only because it is far less frustrating to have store-bought dough eaten by your young daughter before it is used for its designated purpose than dough you’ve made yourself, but also because yeast breads require a lot of knowledge, most of which you can only learn by doing, and patience, and who has time for that? Well, hey, it turns out, I do. I’m underemployed and trying to save money by baking bread, so now I get to learn all about it. And if that wasn’t enough, I won’t get mad at me if I eat some of the dough before it goes into the oven. Excellent!

Now back to the punching down and the second rise. Punching down is still a mystery to me (though I will do my best to get this answer soon), and the second rise is to create a more delicate crumb. I’m not sure if my letting the second rise go on too long (which I also learned about in my Joy reading, and it is a no-no) adversely affected the texture, and before I read that too long of a rise is forbidden, I wasn’t at all worried about it. The bread was quite good, and JR liked it better than the olive and rosemary focaccia – on texture alone – but now I’m doubting myself. And my bread. I think I may need to use a starter rather than quick start dough to get the fluffy texture that I see in bakery focaccia, and that I desire in my own home-baked. I am certain to find out if that is, indeed, the case as I make my weekly yeast bread. Weekly yeast bread?! Yes, it’s true. And I’ll report back my findings.

Dinner tonight – almost too sad to mention, but in the effort to be honest, here goes: refried bean and cheese quesadillas with salsa and sour cream, not one item of which was made by me. Estimated cost for two: $5.00. Sorry, even a gourmand is lazy from time to time. I suppose we should all be encouraged that I was still frugal, no?