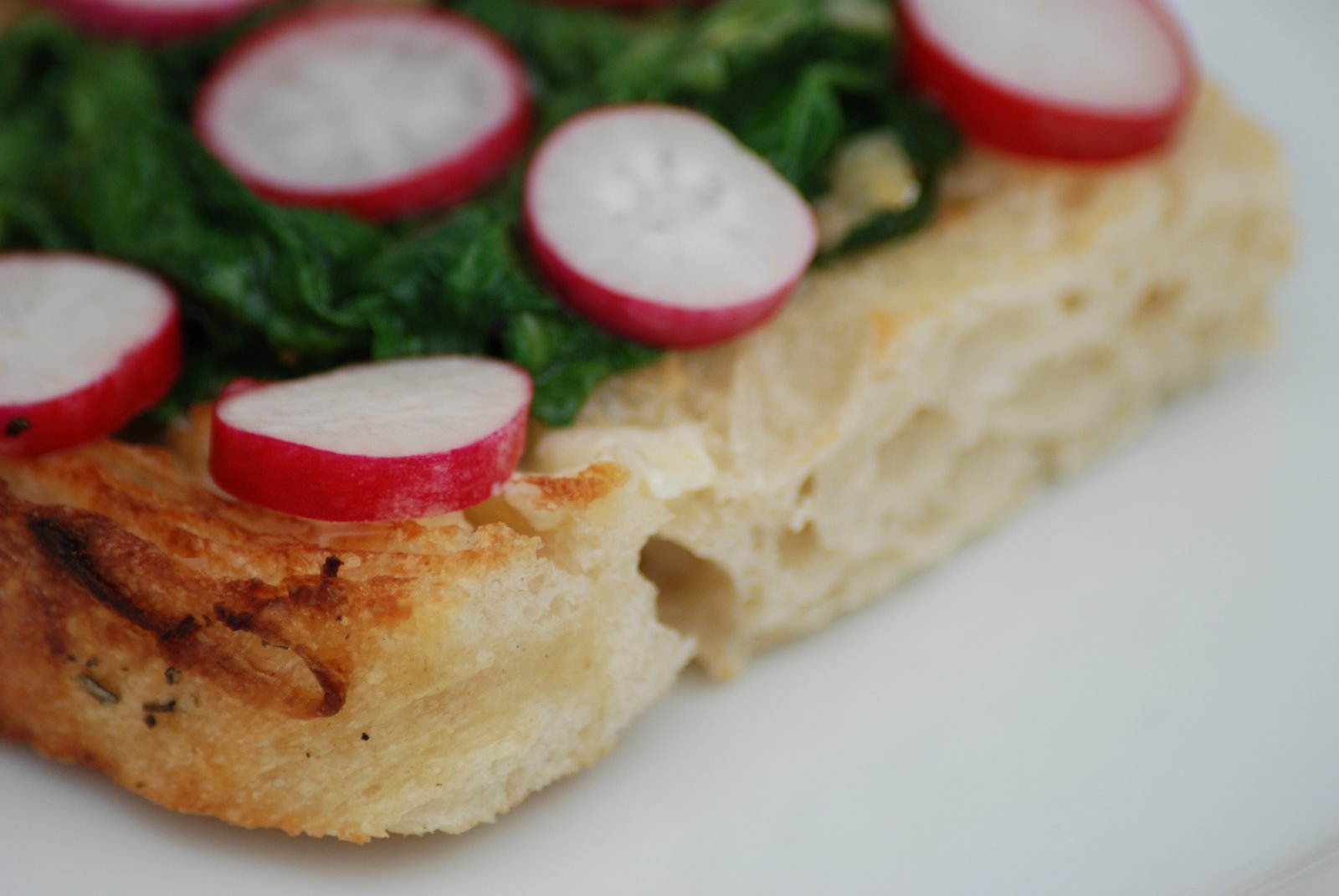 Apologies to all of you whose command of French surpasses mine. By my estimation, this would include every last one of you, even those of you who are only able to say “oui oui” every once in a while. I had to look up even these two simple phrases, “I love you” (that’s Je t’aime) and “breakfast” (that’s the bit that isn’t Je t’aime). My lack of French skills notwithstanding, I do truly love the little radish known as French Breakfast. Truly, madly, and deeply am I enamored with it’s lovely, elongated bright pink bulbous top clear down to its white spindly root, so delicate and refreshing is its flavor. No. I am not kidding. French breakfast radishes are just that good. They inspire dramatic, poetic discourse. At least from me. But I am willing to wager that I am not alone.

The French enjoy their radishes – I presume there are varieties beyond French Breakfast that are served in this fashion as well – with butter and salt. I have tried this in the past, and have never warmed to the idea. The radishes were too bracing. The butter didn’t stand up well enough to the bite of the ferocious radish. Salt excepted, this dish was not a winner for me. All of this has changed now, now that I am smitten with the French Breakfast radish. I held a taste test pitting French Breakfast against Watermelon radishes, both of which are growing in my garden. JR mistook the Watermelon radish for a garnet carrot – an inauspicious start to the competition for the Watermelon. It was gnarled, scarred as though it had been punched repeatedly in its spindly body, and when I bit it, it let me know that it was a fighter – harsh, aggressive, and stinging was its flavor. Ahhh, but the delicate French Breakfast. It was none of those things. Gloriously attractive with its smooth skin, a slight mottling from light pink to white at the root, a tiny ballerina rather than a pugilist. And then to taste it – at first it was refreshing, with just the proper amount of bite – there was a hint of cucumber, a lovely crispness, and then a pleasant piquancy. Completely unlike the Watermelon radish. And completely deserving of my food love. So I turned – or returned – to the French for inspiration. Butter and salt it would be. But this time, with wilted radish greens and toast. Oh, radish bruschetta, how do I love thee? Let me count the ways.

Iggy’s deep dish focaccia is a large slice of bread. If you were to use baguette instead, I estimate you could end up with 6 pieces of radish focaccia. On another note, I truly believe that the seeds we had labeled “Watermelon Radish” were not actually Watermelon radish as they do not look even remotely close to that radish which is pictured on the seed pack. Odd, but it doesn’t take away from the fact that the other radish in my garden – whatever its name may be – is a brute. Never to be planted again.

Dinner tonight: I am not 100% certain, though I do know that JR must sample this bruschetta, and so we will have this at the very least. The Iggy’s bread cost $5.39 for a bit over a pound. I’ll use close to a quarter of the loaf (for there is much girth to the bread, as previously mentioned) for this delicious treat, so that will be $1.35. The total butter used will be in the range of 18-cents, the olive oil 11-cents, and the roasted garlic, somewhere in the range of 12-cents. The seeds that bore the radishes – greens and roots, mind you – cost $1.50 for a pack that contains at least 100 seeds. So 6 radishes from the garden cost me 9-cents. Ahhh, such a bargain. And, yes, I will probably plant all 100 seeds during the course of the summer. So there we have it – it’s a whopping dollar eighty-five ($1.85 for those of you who like to skim through this part and are only looking for numbers) for this beauty of a bruschetta. Does anyone know the French for “bruschetta”?