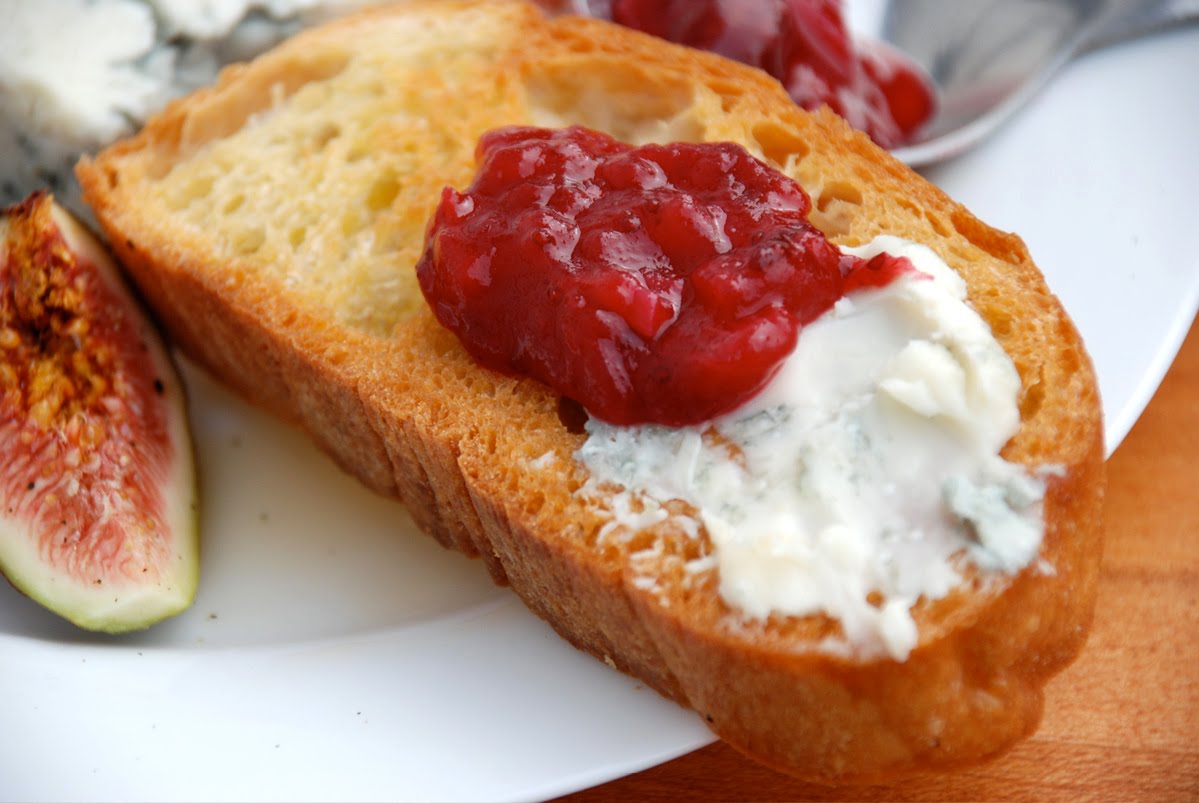 If you, like my brother, abhor the combination of cranberries and orange, for they produce a tangy cranberry sauce (we’re talking homemade here, I’m not implying that one should ever pour orange juice over the gelatinous, can-ridged sauce), this cranberry-apple chutney should do the trick to satisfy your not-so-bracing holiday-sauce cravings.

With a base of apple cider and a touch of maple syrup, there is nary a bitter bite to be had, a fact to which I am able to attest as I have been eating it by the spoonful for days. Partnered with nothing – as though it were a spoonful of Nutella. Though nothing truly compares to Nutella, of course.

Should you have chutney remaining after the holiday, do not hesitate to serve it as part of a holiday-season appetizer course alongside a creamy Gorgonzola dolce or a sharp clothbound cheddar – with crusty bread on the side, of course. Always with the crusty bread. That said, you should try to have that wipe-out-the-leftovers snack within a week of making the chutney, though if you end up enjoying it as much as I, I don’t think there’s any need to worry that you won’t. But if there is pressure mounting to eat it up within the week, you could always serve it as a condiment to pork, chicken, or, heck, even in one of those Pilgrim-style sandwiches with the stuffing and turkey. You know the ones. 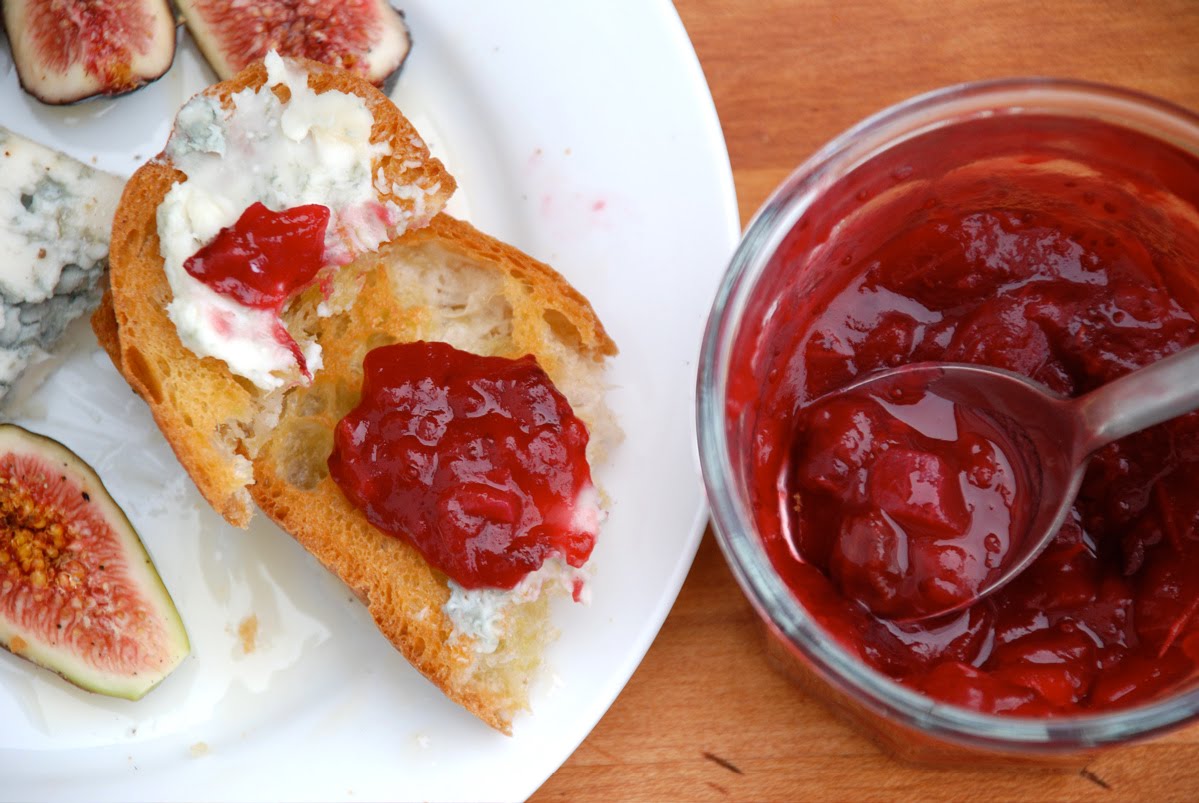 If you’ve never made cranberry sauce (or chutney) from scratch before, it is a very simple process. Simply simmer the cranberries in whatever liquid medium your recipe calls for until all of the cranberries have burst, and the mixture has thickened to that sauce- or chutney-like consistency you’re familiar with – not from your experience with the jiggly cranberry sauce in a can, but from experience with good-quality preserves. 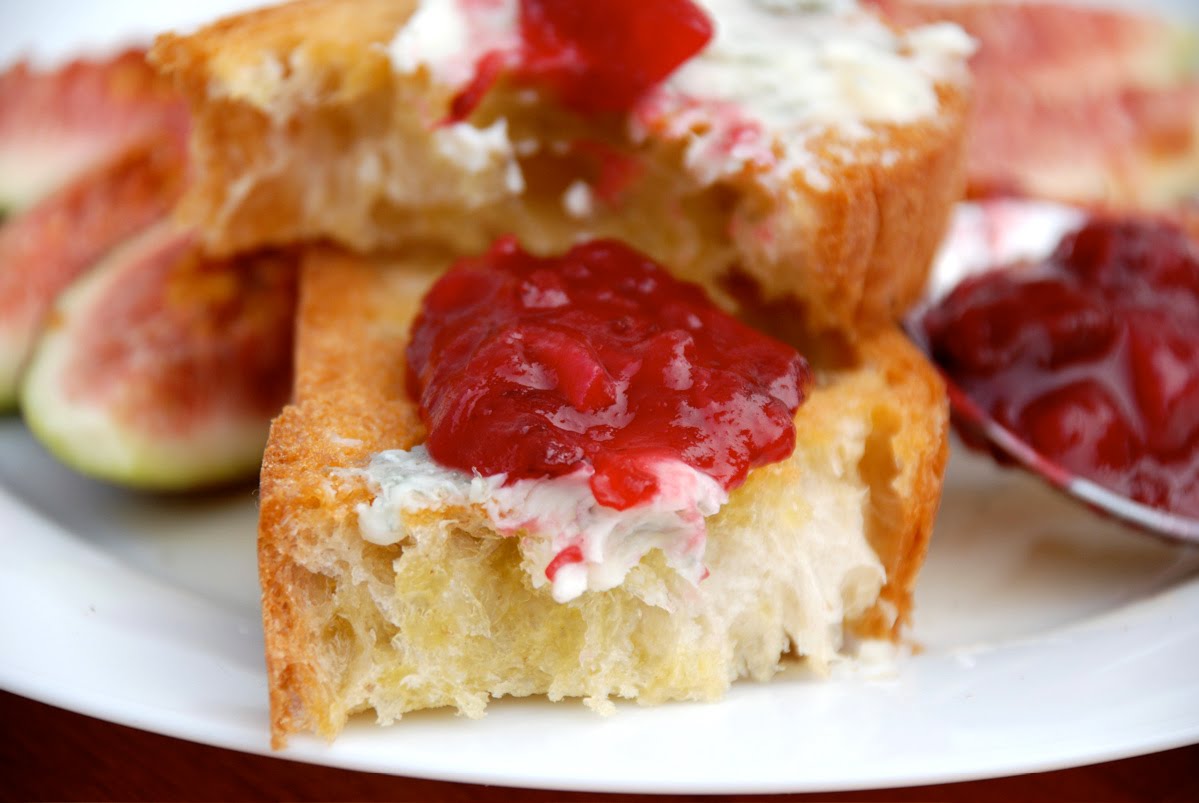 Dinner tonight: Homemade Pumpkin Tagliatelle with Roasted Fig and Brown Butter Cinnamon Sauce. Estimated cost for two: $6.39. Yesterday, at my local Whole Foods, there was a cook-off between two restaurants and the Whole Foods prepared foods team. The prepared foods chefs made a sweet potato gnocchi with a fig and brown butter cinnamon sauce, and I have been planning to make pumpkin pasta for a while (part of my own personal Pumpkin Obsession 2009), so I must thank them profusely for pushing me to finally make the tagliatelle. The pasta will cost around $2.66 to make. The flour will run me around $1.30, the pumpkin around $1.00, and the olive oil will be around 36-cents. I’ll probably use some egg to be sure it binds, so let’s add in another 54-cents for two eggs, and that gets us to $3.20. I expect that will yield us at least two 2-person servings, so that’s $1.60 for tonight. The figs were $3.99, the butter is 70-cents, and the cinnamon will be around 10-cents. All pumpkin, all the time! (I will tire of it soon, I’m sure. But I think I’ve got at least another 4 or 5 pumpkin preparations left in me before I do. You have been warned.)