If only “oysters” began with a “b” – “boysters!” Who wouldn’t want Broiled Boysters with Buttery Breadcrumbs? “I want me some Quad-Bs”, we’d all say. Okay, maybe “boysters” is weird. I can accept that, but as much as I love these oysters, I also love alliteration. Perhaps to my dish-naming detriment.

Oysters surely are not top-of-mind when one thinks of budget food, but in my area, they cost around a dollar each on the high end (though I paid 95-cents each, even if I’m saving a nickel, I like to point it out, you know), and when you have a special (read: Valentine’s Day – yes, I am a sucker for Valentine’s Day, it’s true – or birthday, or anniversary) dinner planned, a few bucks and some breadcrumbs yields a pretty rich (seeming) appetizer.

While I have long loved cooked oysters, until recently, I hadn’t made them at home. And for what reason, I can’t even begin to fathom (now that I’m an oysters-at-home cook), as they are super-easy to prepare. To avoid purchasing a chain-mail oyster-shucking glove (or deal with the alternative, an almost guaranteed six-hour emergency room visit for what would surely be my gashed palm), the oysters were first steamed just until their shells cracked open. They were then removed from the steamer basket to the sink, where they were doused with cold water. A quick (and wound-free) pry apart of the shells then found them on a baking sheet, where the breadcrumb mixture was applied atop each oyster. With greens and sliced lemon, the appetizer was then complete, and for a mere $4.91 (sans greens, to account fully for this dish, we can add a buck for the greens, so $5.91), voila – a fancy, restaurant-style appetizer completely suitable for a romantic dinner for two. 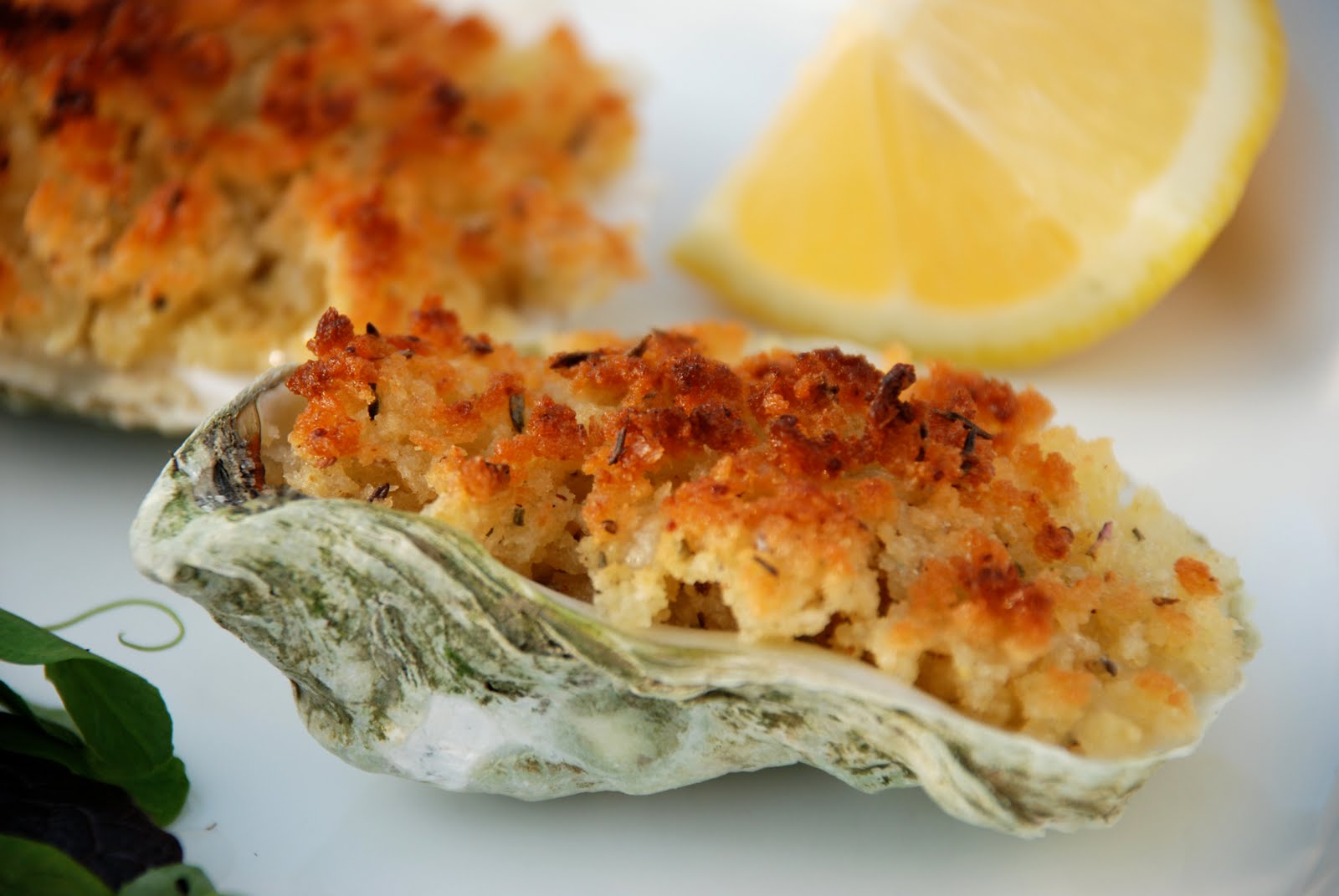 Estimated cost for two: $4.91. The oysters were 95-cents each. The butter was half of a stick that costs 70-cents, so that’s 35-cents. The mustard cost approximately 20-cents. The panko cost 25-cents ($1.99 for 4 cups of Whole Foods 365 Everyday Value panko breadcrumbs), the thyme cost around 6-cents, and the lemon was 50-cents, so 25-cents for half (wrap that remaining lemon half up and use it within a day or two – I’ve got plans for steamed artichokes with lemon aioli for mine). 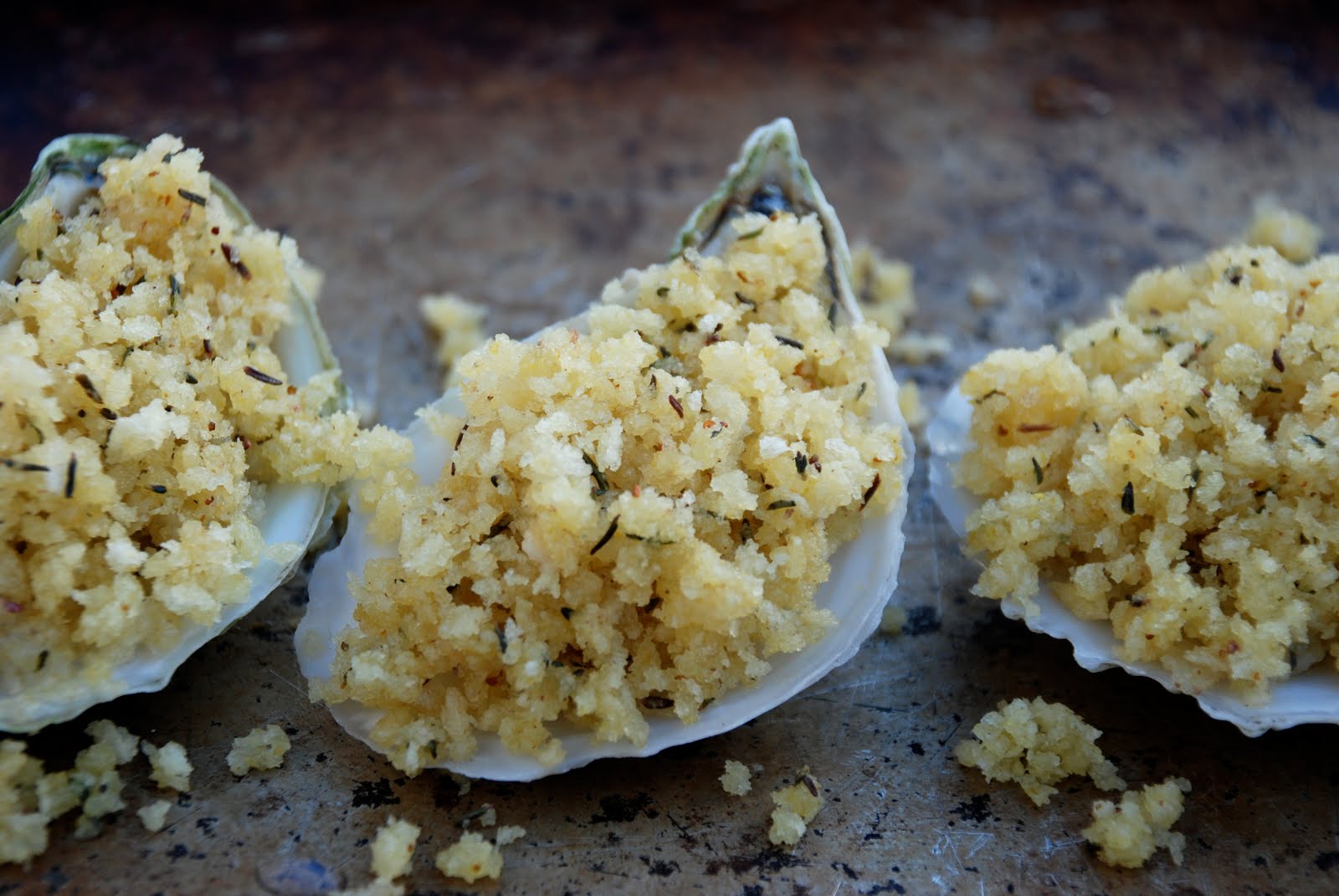 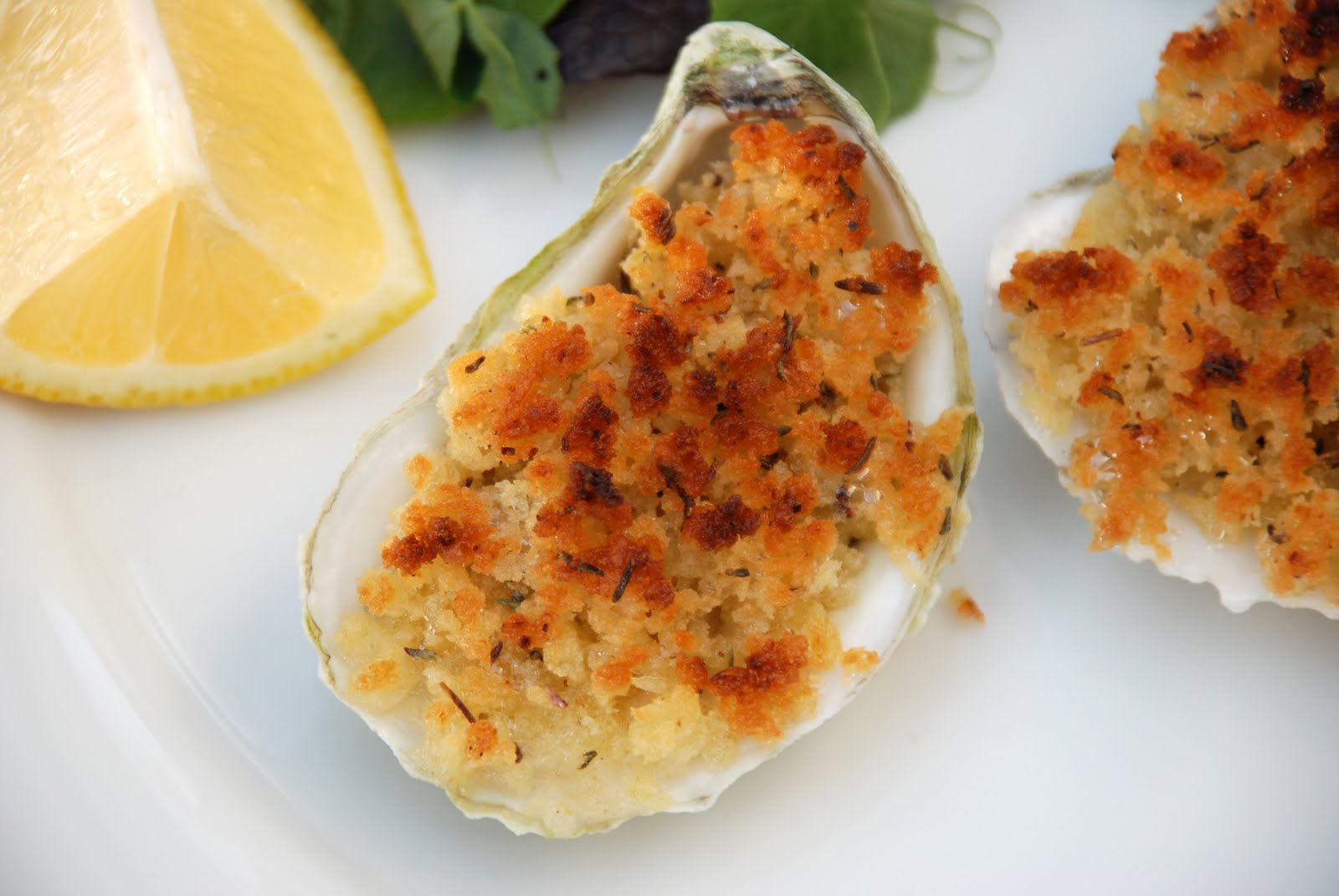 Dinner tonight: Grilled Sausage with Great Northern Beans and Roasted Fennel. Estimated cost for two: $6.51. The sausage cost $4.24 for 4 links. We’re going to have 2 links and save the remaining two for lunches, so $2.12 for tonight’s meal. The Great Northern Beans cost around 80-cents per pound, and I’m cooking up about a pound’s worth. I’ll first cook them with one carrot, one stalk of celery, and one medium onion in the pot, along with a few cloves of garlic, so the carrot costs 14-cents, the celery 20-cents, and the onion costs around 35-cents. The garlic will run me around 15-cents. Once the beans are cooked through, I’ll remove the veggies, transfer the beans and their liquid to another pot, and add some sage from the garden, then simmer the beans for a short while longer to impart the sage flavor. I’d figure the sage would cost no more than 50-cents if using fresh sage from one of those $1.99 packages from the grocery store. We’ll have half of the beans, and the remainder will also go into our lunches, so the total for 4 servings of beans is $2.14, two servings is $1.07. The fennel was a big splurge, in fact, costing more than the meat, at $2.96 for the bulb I purchased. I expect some leftovers from the fennel, but not significant enough to discount the cost for dinner. The olive oil to roast the fennel costs 36-cents. There was a dearth of meat at our house last week, so we’re both quite looking forward to a hearty sausage meal.