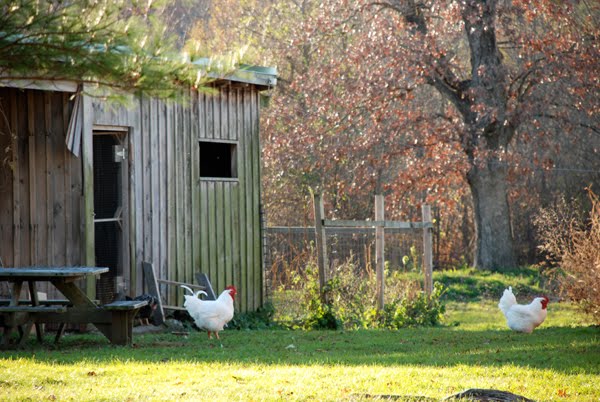 Or perhaps it’s a farmette. If that isn’t too ridiculous a word. Which, now that I’ve typed it, I’m thinking it is.

For years – nearly eight to be precise, since we received our first shipment of chicks in the mail – I’ve maintained that we are more homesteaders than farmers. Much, much more homesteaders.

We sell our eggs to a small clutch of friends and neighbors, sometimes gifting them out at the holidays, along with homemade sweet breads (the actual bread kind, not the forcemeat kind), and honey from our hives, but the allure of farming has been tugging at JR since he first worked on Gaffney’s Farm as an eight-year old (clearly child labor laws weren’t strictly enforced at that time), tending to the chickens and cows, and shingling the occasional barn roof. Though he might have been 10 when he was doing the shingling bit, he says.

While the idea of farming has grown upon me more than me growing up with it, it seems that now is the time to start a tiny farming operation.

The plan was hatched (yep.) on New Year’s Day. We wanted to be more self-sufficient. We wanted to raise animals we couldn’t necessarily purchase at the market. We started doing calculations to determine what quantity of meat we have to sell to break even. We’re thinking of it as it being our training wheels year. The year we see if we like farming enough – and have stamina enough – to make a real go of it. 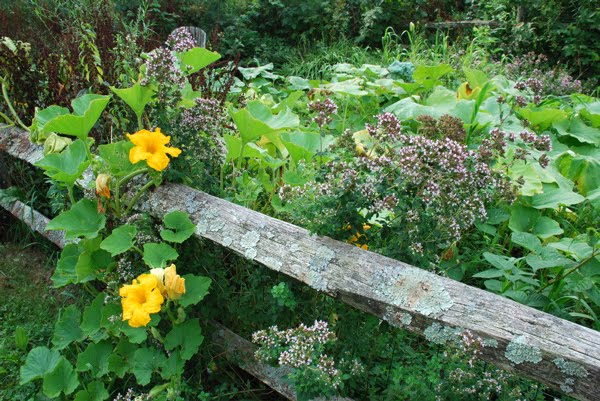 My squashes-of-interesting-provenance obsession had also spread – just as had their twisted, all-encompassing vines – to all that can be grown in one’s garden. I wanted to see if I could grow enough produce to provide nearly all of our vegetable needs.

And, food dork that I am, the ability to grow fruits and vegetables that aren’t readily available at the grocery store is most definitely part of the allure. Cardoons? Suuuuuure, I can grow those. Asti Giallo peppers? Yep, put ‘em on the seed order list. More Brockton beans? Ah, well, yeah – I can’t get enough of those Brockton beans, as it turns out. 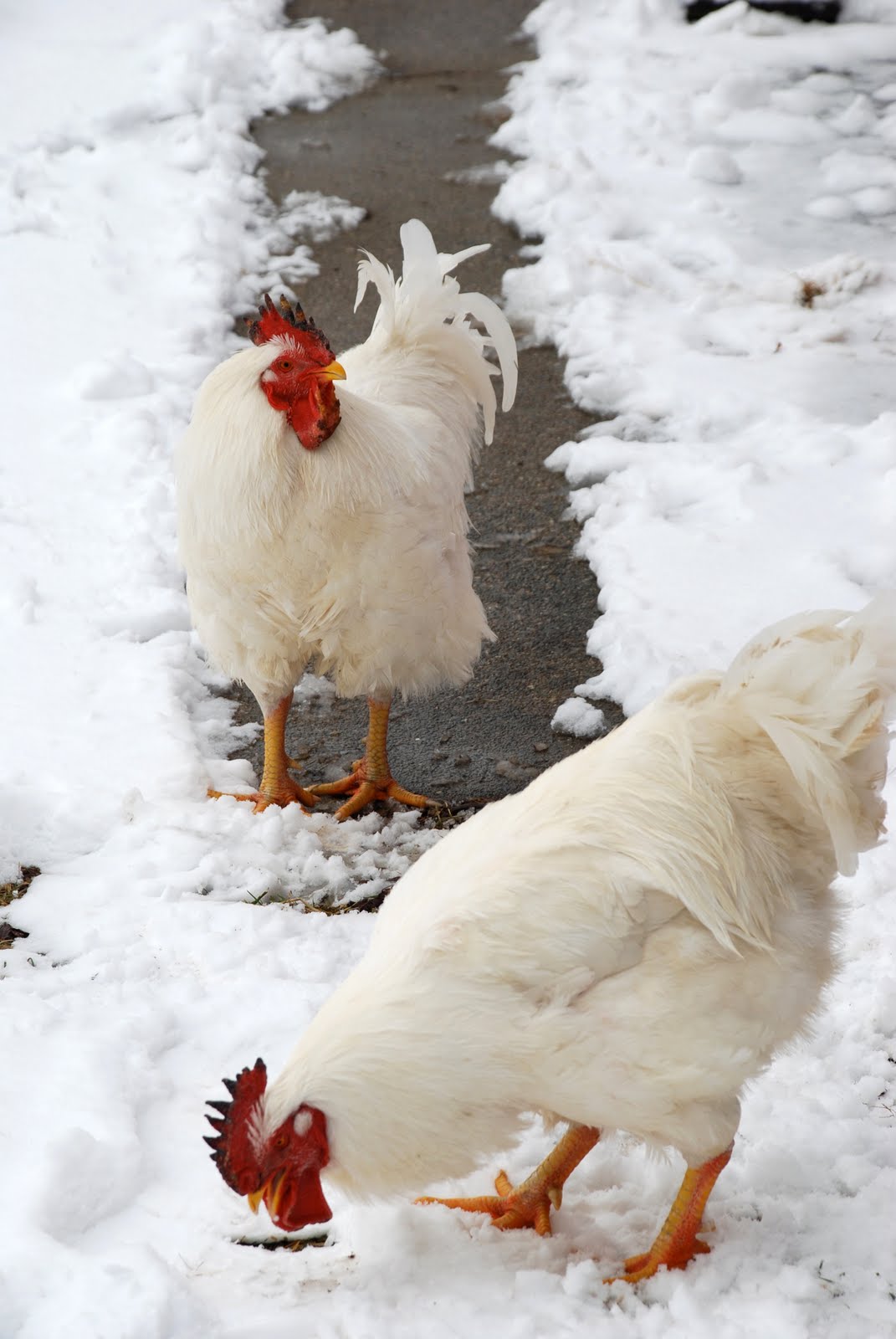 We decided that in addition to a portion of the items on my seed wish list – a list that required actual unfurling by the time I was done wishing – we’d start with a few more animals. More hens for eggs, more roosters for meat – only this time, not the freakishly prehistoric-looking Cornish X breed we had raised a couple years ago for eating.

Instead, we’ll raise Speckled Sussex, White Wyandotte, and Partridge Rock roosters, and – here’s a big thing – bring them elsewhere to be slaughtered, rather than us slaughtering them ourselves. Been there. Done that. All set for a while, thanks.

Thirty-nine chicks and 15 turkeys will arrive at our house during the week of May 30th. Oh boy.

The heritage turkeys – Narragansett, Blue Slate, and Bourbon Red – will take up residence in the coop where the mutant roosters once lived, and JR will construct them a new turkey run. Right next to the garden. Nearby, but quite separate, will be the residence of a couple of pigs. I’m sad, and a bit embarrassed to admit it, but I fret over everything, and am already quite nervous about pen break-outs that lead to garden destruction.

Soon – but hopefully not so soon that we have to speed-build the pig pen – a Tamworth boar from Mack Hill Farm in New Hampshire will be schlepped here by an as-yet undetermined method. I’m hoping for a piglet – but how big the piglet is determines the method of transportation. I have a bad vision of us with a borrowed livestock trailer hitched to the back of my truck, careening down the highway, though if the gent is small enough, our plan is to use a large dog cage to bring him home in the back of my truck. That eliminates the careening worry. Which would be nice.

And then, once that imagined disaster is averted, I go back to hoping that we build the pen sturdily enough to avoid a boar gone wild amongst the squash in the garden. I mean, we’ll build it in as sturdy a fashion as possible, and we’ll be confident in its construction, but with livestock, you just never know.

You may be wondering about the boar’s mate. You know, once he’s made it here safely and finds himself unable to crack the pen lock in order to loot the garden, who’s he going to hang out with?

I’ve been searching for pigs since early February, though only intermittently (a problem in the high-demand world of spring piglet sales), so we’re currently one pig shy of a pair (does anyone have a spare female piglet? Ideally a Tamworth or Tamworth mix? Anyone? Anyone?). Our boar needs a gilt (a female pig that hasn’t yet had a litter), darn it. Once we find her, JR’s next task will be to try to dissuade me from adding sheep to our menagerie.

Please wish him luck with that, okay?

As you might imagine, there will be much chatter about the new additions to our tiny farm (out, out darned spot that is the word “farmette”), very likely starting next week, when the Roxbury Russet, Rhode Island Greening, and Seek-No-Further apple trees arrive.

And remember, we haven’t even begun to discuss those 100 or so seedlings that are busting through the soil in their yogurt-cup planters (why spend money on plastic seedling pots when a well-washed yogurt container with holes punched through the bottom for drainage works just as well, right?). Oh, so much to talk about. So, so much.

Happy spring! I hope that yours is off to a great start!

9 Comments to This Week in the Garden, Early April: We’ve Started Nearly 100 Plants from Seed. Oh, and, It Appears, We’ve Started a Farm.