The subtitle for this post should be: The World’s Longest Post Ever About a Slice of Bread. I’m just sayin’. 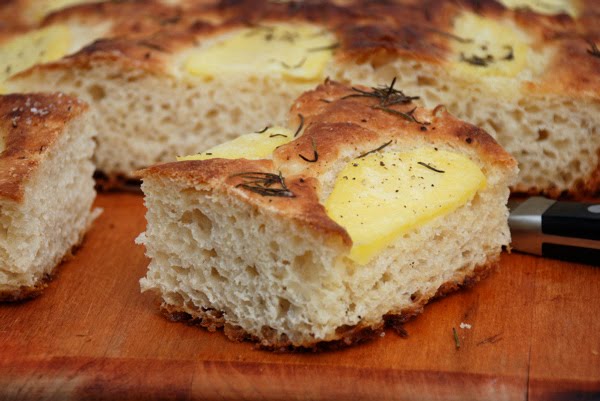 You may wonder – aloud, even – how a self-proclaimed poor girl could afford to take vacation to Italy. And that curiosity is well-founded. After three years without a vacation, and a major birthday for JR in April, I became obsessed with going away. About as obsessed as I am wont to become with ingredients, like, say, pumpkin. Or oatmeal.

I stalked Kayak daily for fares that fit our window of opportunity, but that didn’t cost a minimum of $900 round trip like all the others I had seen, and, one fateful Tuesday, I found the fare. $612 round trip from Boston to Milan on Aer Lingus.

It was actually more expensive to fly from Boston to Dublin than it was to fly from Boston to Milan via Dublin. Upon our return, I read an article in the New York Times Magazine about buying flights that connect through your desired destination, but that are less expensive than booking a direct flight. Smart thinking, right? Here’s the link. The author of that article meant it more for domestic travel, as there are a boatload of security regulations for getting back into the US from overseas, but it’s an interesting concept.

Even with the bargain basement airfare, I was on the fence. Was this really a good idea? Austerity had been our first name these last few years. Yes, our first name. It had not been relegated to an unacknowledged, unused middle name. Despite the fact that our situation had improved dramatically over the last two years (damn that 2009!), it seemed odd to spend the money, quite honestly. We were just plain old out of the practice of leisure spending. I had, however, worked a lot of weekends over the winter, so we had hoarded that overtime money for just such an occasion. It’s not as though we were unprepared, it just felt a bit strange, is all.

I emailed the coordinator at the agriturismo where we had stayed for our wedding. “Just checking: do you happen to have a two-person apartment available for April 30 through May 7?” Those dates happened to be four weeks away at the time that I made the request. An hour later, she responded. They did. There had been a cancellation. For the apartment we stayed in for our wedding. And they could offer 10% off the rental rate. Thirty seconds later (okay, I exaggerate, but quite quickly – as quickly as the interwebs would allow), the flight and apartment were booked.

You might imagine that staying in an apartment helps with the budget, versus staying in a hotel for a week. We cooked in 5 of 7 nights while we were at the apartment, and worked the 3 euro panino* (or, in the case of our last full day in Italy, the 3 euro focaccia) to our advantage for lunches. Occasionally, the panino involved offal, though this is a story for another day. And another post.

While remaining in the mainstream of foods for this here post, rather than floating the idea of trippa or lampredotto sandwiches (you can Google, if you like Googling offal, that is.), in Florence’s Mercato Centrale, we had panino from Fratelli Perini, which, the counterman informed me, contained his religion (he really said this), prosciutto di Parma. It was a quasi-religious experience, actually, fragrant and sweet on crusty, unsalted Tuscan bread. 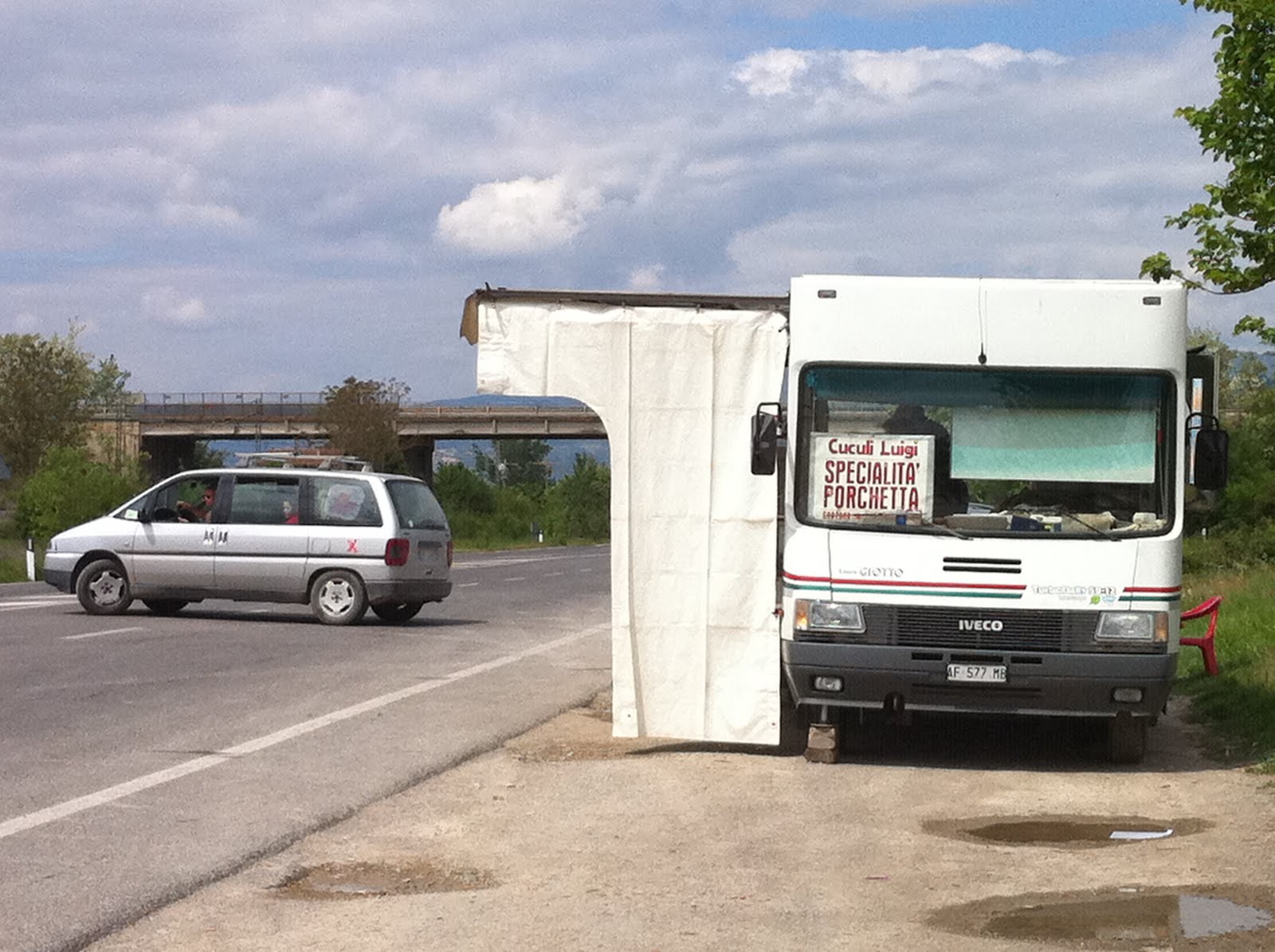 Then there was the food truck parked nearby an exit ramp off the Autostrada close to Lago Trasimeno in Umbria. The husband and wife proprietors, both looking to be in their late 60′s, carved out thinly-sliced portions of porchetta from the fennel seed and rosemary-laden roasted trunk of a pig, and served them on soft rolls – still, for just 3 euro. We became masters of the 3 euro sandwich (take THAT five dollar foot-long!). 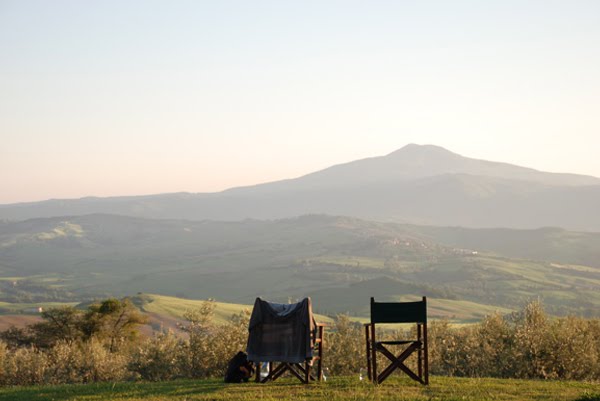 Even though we were staying here, I’m pretty sure I heard people signing “Closing Time” in Italian in hopes of getting us off of the lawn before 2am.

We hadn’t planned the last night of the vacation before returning to Milan very well, and were fortunate that our friends Matteo and Carla had room for us in their hotel in Monterosso al Mare. “It seems only right that after this amazing week, we should get to the ocean, doesn’t it,” I asked JR as we sipped yet another glass of wine looking out at the olive groves, Val d’Orcia, and Monte Amiata in the distance from chairs on our apartment-fortress’ lawn (I would have said “apartment complex”, but how romantic is that? Not at all.). Not surprisingly, he agreed.

The Italian Riviera, in Italy’s Liguria region, is home to pesto, limoncello, trofie pasta, and focaccia. Focaccia, of course, is the Ligurian answer to the 3 euro Tuscan porchetta panino. And, so, we availed ourselves of it, as you might expect. 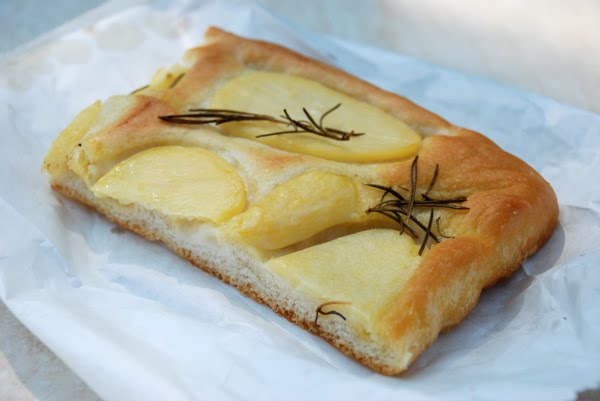 This is the actual lunch portion of the vacation focaccia, my half, so 1.50 euro-worth.

The focaccia we had in Monterosso al Mare, while wonderful, and quite economical at 3 euro for two pieces, was a bit too firm and dry for my tastes – at least for my at-home, make-it-how-you-like tastes. My hang-out-near-the-Mediterranean-in-Italy tastes were 100% good with it, especially given the other option, which was to skip vacation altogether, actively call one another Austerity (which is clearly weird), and hang out at home during a bleak, rain-soaked May. 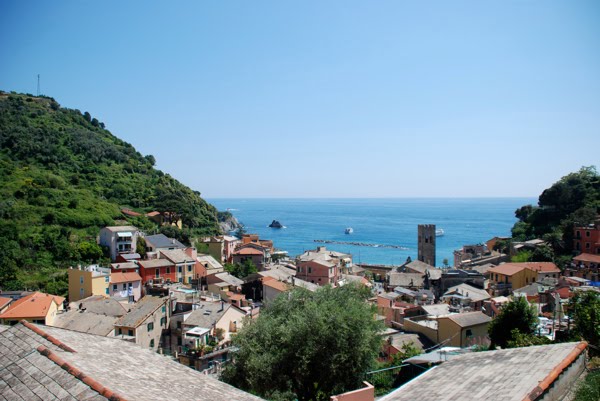 Yes, thank you. I WILL eat slightly drier than I’d like focaccia to stay here.

The usual go-to focaccia recipe at our house is from Fine Cooking’s Real Italian, though that recipe, while very tasty, also wasn’t quite what I was after for the post-vacation focaccia fest. For those of you near Boston, the incomparable Iggy’s Bread of the World focaccia was more what I had in mind, only not quite as poofy as that (I will find a photo. I will share it, so that those of you who do not live in the dreary northeastern US can see super-tall focaccia for yourselves).

I modified the Fine Cooking recipe, reducing the amount of flour overall, substituting some of the all-purpose flour with semolina flour, which is high-gluten and lends a bit of give to the bread – a mini-poof to Iggy’s grande-poof, if you will, increased the amount of yeast, sugar, and salt, and, lastly, changed the pre-heating method, as well as reduced the cooking time to keep from creating a super-crusty exterior of the bread. 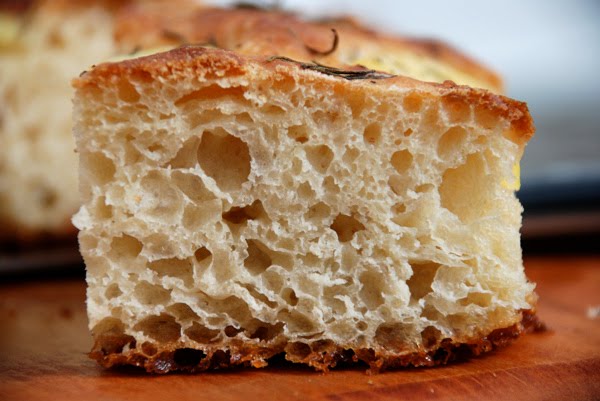 With these changes, I was striving for a focaccia that if you were no taller than 12-inches, you could comfortably lay atop and take a nap. With a tiny focaccia pillow, of course. And I guess the clean kitchen towel used for covering the dough during rising could serve as your blanket, while we’re playing Lilliputian breadmakers here.

And, in fact, we have just that sort of focaccia with this recipe. We need only to find a way to shrink ourselves down in order to lie in repose upon it.

One quick note: this is not a rise-in-two-hours bread – you’ll need to plan ahead, either making the dough first thing in the morning to have at dinner that night, or the dough should be made at night and allowed to rise overnight for baking the next day. It’s a 10-hour total rise time.

Yield: Serves 85. Oh, okay, I exaggerate, but it does make a 9x13 sheet pan of bread, which is an awful lot of focaccia if you aren't eating it as a meal. Please expect a focaccia panzanella post soon. Also makes great croutons. I'd have written that last sentence as a full sentence, if only I hadn't been so busy stuffing my face with focaccia.

You can make the focaccia with a topping other than potatoes and rosemary if you like - really, anything that suits your fancy - but if you're going to replicate the Monterosso al Mare patate e rosmarino focaccia, you'll also need: 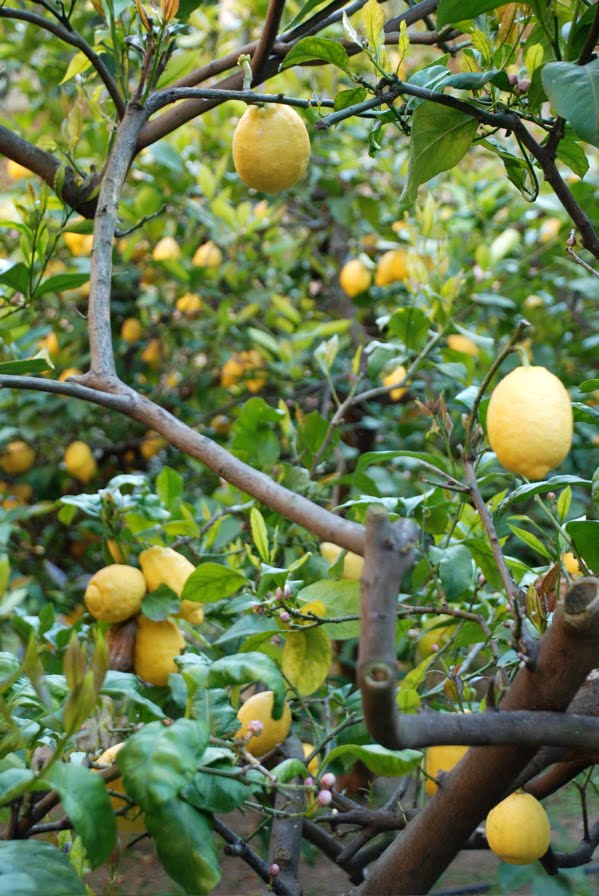 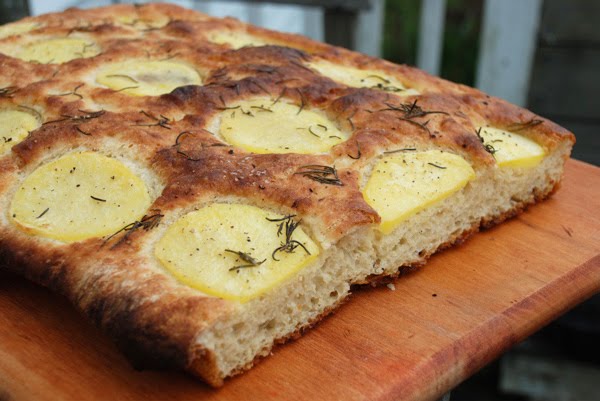 Estimated cost of one sheet of potato and rosemary focaccia (which technically could be 8 lunch-sized portions if you were eating on the cheap in Italy): $4.55. The all-purpose flour costs just over a dollar ($4.49 for 19 cups, using 4.25 cups), the semolina flour costs $1.98, the yeast is pennies, as I buy it in bulk, the sugar is less than a penny, the salt is also less than a penny, and the water is from the tap. The potato cost $1.49 per pound, and it weighed around a half-pound, so that’s 75-cents. The rosemary was possibly snuck into the country from a plant in the Val d’Orcia, but if it wasn’t – and didn’t come from that rosemary plant you’re growing at home – it would cost a dollar or so. The lemon cost 79-cents, and the olive oil total is 96-cents. That’s about 56-cents per lunch-sized slice. Not too shabby, you breadmaker of the world, you.