Feast of the Seven Fishes 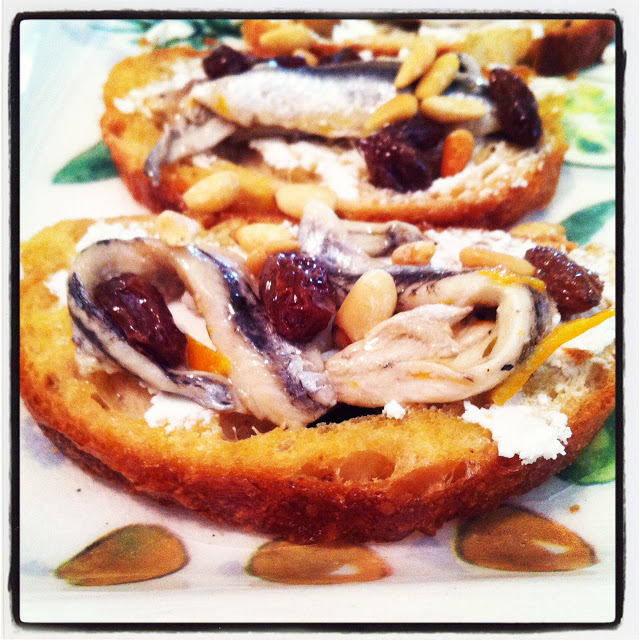 Anchovy crostini. Oddly, not the overwhelming hit I had expected them to be. Shocking.

“You have to post the menu,” my sister-in-law informed me on Christmas day. “I mean, that was totally redonk.”

You know it’s redonk, too, when mid-brunch – mid giant smorgasbord of choices brunch on Christmas day, your family is reviewing their favorite of the seven fishes.

“I liked the lobster dish best,” my mother chimed in.

“How ’bout the anchovies? Anchovies aren’t topping anyone’s list?” I asked, mock incredulously, because, despite my wanting to believe otherwise, apparently no one in my family loves anchovies as much as I love anchovies.

Then I reminded them of the tuna dip.

My family has traditionally been a very red sauce Christmas Eve kind of clan. We like our charcuterie and cheese plate for a little sophistication, but our typical Christmas Eve centered around meatballs, sausage, lasagne, calzone – you know, red saucy things.

But this year, a change was in order. The challenge of serving seven fishes beckoned me. It had to be done.

I did some research. I read an article. Well, okay, two. That certainly doesn’t make me an expert, but generally, it sounded like a do-as-you-like kind of fish fest. So long as there are seven, you’ve done it correctly.

Well, that depends. As is my usual holiday denial way, I left most of the menu planning to the last possible minute. Or at least to the day before the 24th.

At the fishmonger’s on the 23rd with nary a plan, I ordered little neck clams (a bargain at $3.99 per pound), scallops (18 pieces, enough for 3 for each person), beautiful strips of salmon, salt cod from Canada, then debated langoustines or lobster. After a quick look at the langoustines, which were a less expensive option (trying to work the thrifty even at the holidays, I am), I went with a live local lobster.

Next stop, my favorite Italian market, where the charcuterie and cheese plate purchases were made (it’s not like we could do a wholesale reversal of family tradition, after all), as well as olive oil marinated anchovies.

By the time I arrived home, the menu looked like this. In my head, anyway:

Despite this plan, the lobster frittata was causing me fits. I was concerned about overcooking the lobster as the frittata baked, and serving rubbery, stringy lobster, which could lead to protests and a call for a return to red sauce on the part of my guinea pigs – um, family. After all, they hadn’t requested a radical change to our Christmas Eve menu.

At about 2am on December 24th, after mulling over all of my possible egg and lobster options, I settled upon shirred eggs on toasted brioche, topped with lobster.

By 8am, I had changed course slightly, and could be found stuffing brioche into the bottom of 12 muffin tins, topping the brioche with minced shallot and fresh thyme, pouring in lightly beaten eggs, then baking this concoction until the eggs had puffed up (like muffins, even), and had become golden brown at the edges. My mother thought they looked like popovers, which they did, but we’ll call them:

How’s that sound? I’m still not 100% sold on it, but they have to be named something, right? 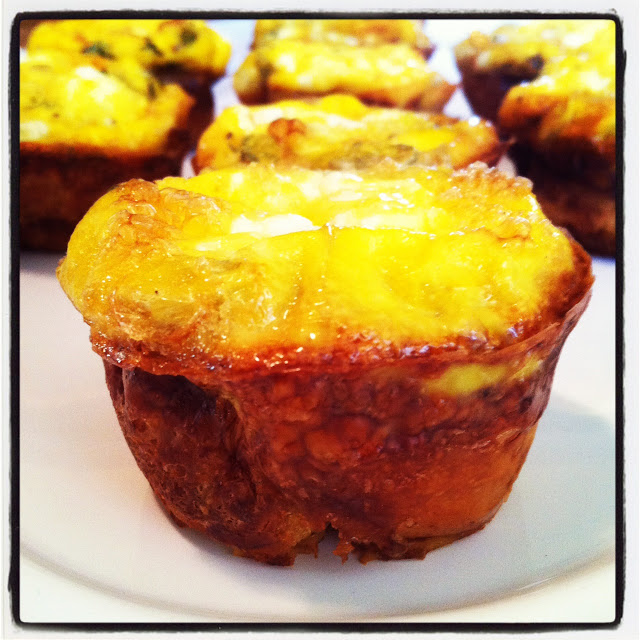 Most of these dishes need another testing before they can be posted here, but the tuna dip is a variation on the artichoke-lemon dip found here, yet fished up for the holiday. It takes about 10 minutes to assemble, another 30 minutes to bake until bubbly. 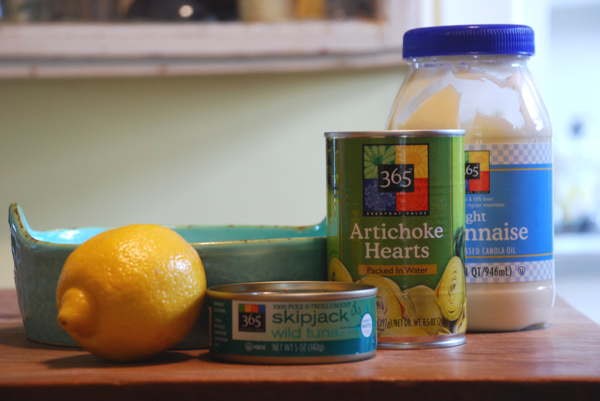 11 Comments to Feast of the Seven Fishes