I’ll be in NYC for a few days, having a grand time at the International Association of Culinary Professionals annual conference, I’m sure, but I’ll be missing these creatures and things at the farm (I get to speak to JR, so I’ll miss him, but it’s not like we won’t have any contact while I’m away. So far, neither the dog nor the pigs have learned how to talk on the phone. Total bummer.) 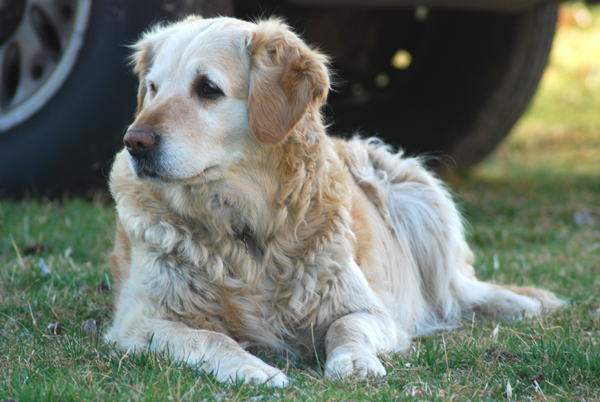 The lady of the house. She’s not quite sure why we speak to the pigs the same way we speak to her, but she does like that she gets to live indoors, and can pretty much talk us into treats any time she likes. 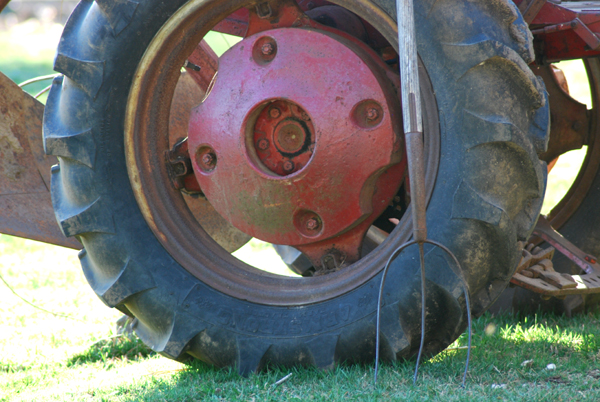 Here’s a tool that’s almost properly put away. At least I won’t walk into it while it’s lying flat in the yard, causing the handle end to pop up and whack me in the forehead. Yes. That has actually happened here. Ow. 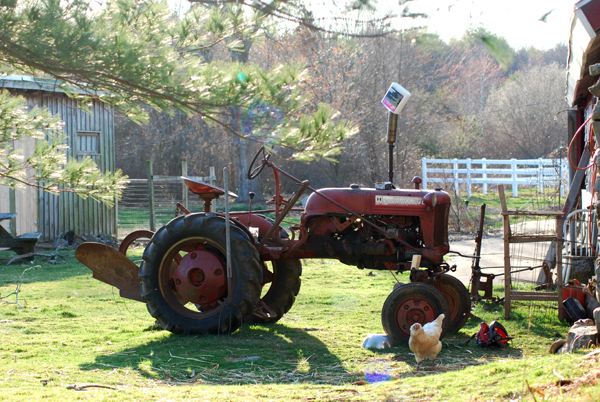 Behold the lovely Araucana hen, Gertrude, amidst the not so lovely farm mess. We’re cleaning that up. I swear. 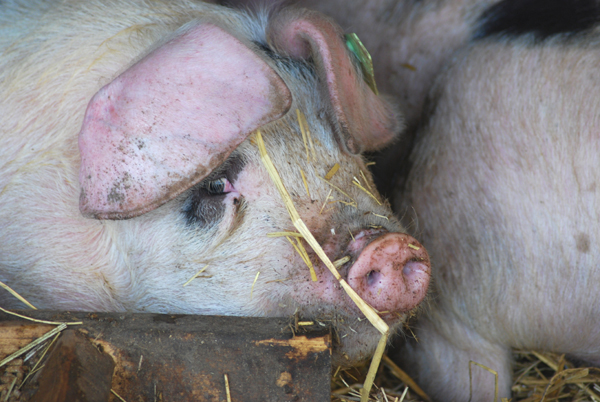 Rebecca really likes straw. And sleeping next to her sister’s arse. It’s a really good day when new straw has been added to the pen and Rebecca can dance around in it, burrow under it, then sleep next to Prudence’s posterior. 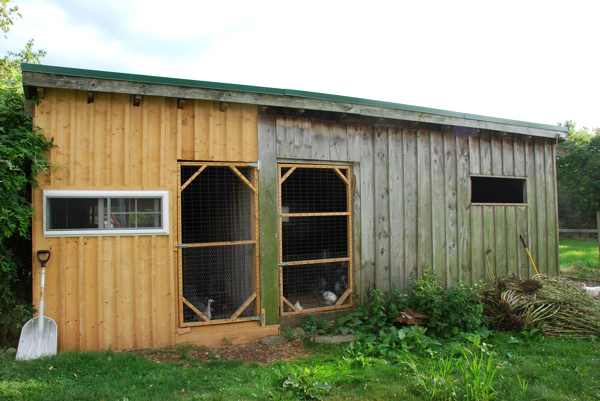 Turkeys on one side, chickens on the other. The turkeys got the smaller part of the poultry duplex. 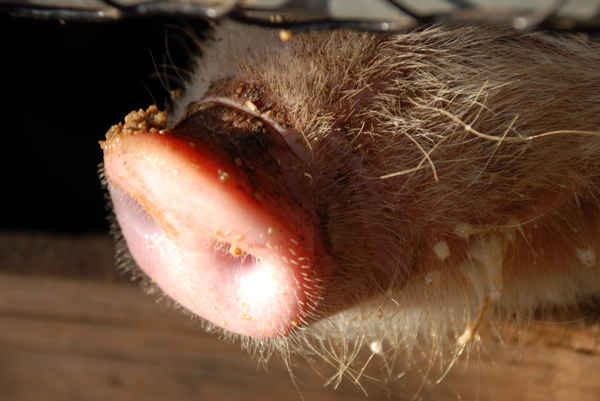 Rebecca likes straw, but Prudence likes rooting in the dirt, trying to tear the barn’s rock wall down, and, more than anything, she likes eating. Note the frothing at the mouth. Furious eating is what she likes best. Eff that straw madness.