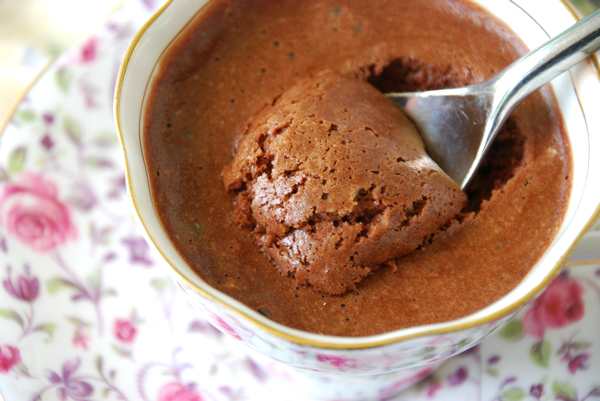 To be honest, I wanted to title this “Julia Child’s Mayonnaise au Chocolat“, but then I thought that I would actually like for people to read the post, so I thought better of it.

However, Mayonnaise au Chocolatis, in fact, one of the three names for this mousse – Fondant au Chocolat being the third, but where’s the shock value in fondant? No where, that’s where.

There’s a celebration underway leading up to the occasion of what would have been Julia Child’s 100th birthday, in which a slew of chefs, restaurants, bookstores, food writers, and bloggers are celebrating.

Included in that celebration are weekly posts of recipes from Mastering the Art of French Cooking every week leading up to the big day, August 15.*

Last week’s recipe was a rolled omelette, which, truth be told, is one of my great culinary fears, for I have no skill in rolling omelettes. I’ve committed to trying it just the same, as the beauty of Julia Child’s recipe is the clarity in which she describes technique.

The chocolate mousse is no different, with basic, yet important, techniques laid out simply, but I think that my favorite part of the recipe is the subtitle to the three French titles: {Chocolate Mousse — a cold dessert}.

We take – or at least I take – chocolate mousse for granted, so much so that it’s easy to forget that in 1961, when Mastering the Art of French Cooking was released, it was necessary to clarify that this is a cold dessert.

I am so totally making the Charlotte Malakoff aux Fraises the minute our strawberries ripen in the garden – everything about the name and the description makes me want to eat it straight away. Charlotte is simply lovely, and a chilled dessert with ladyfingers, almond cream, and strawberries? Sounds like the embodiment of June to me. 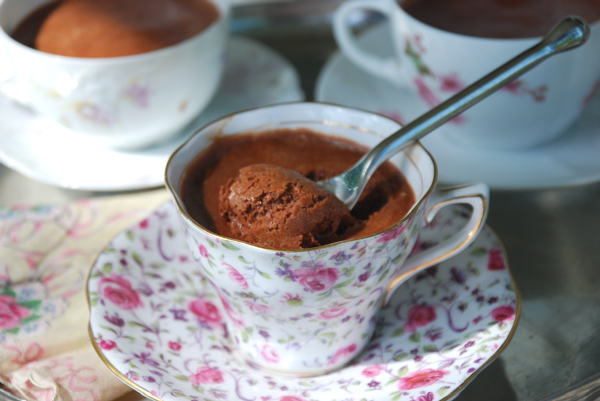 But back to the mousse: we’re on a bit of an eat-what-you’ve-got kick here at our house, which at this point means a lot of asparagus from the garden (hallelujah), eggs from the hens, and pasta, rice, or some type of grain that has been languishing in the pantry for months.

Sweets haven’t been a big part of the equation, and we’re still a couple weeks away from harvesting those strawberries (and, therefore, from making the Charlotte), so imagine my glee when I realized that not only did I  have plenty of eggs with which to make the mousse - obviously, with 11 hens laying one egg per day, but also that I was in possession of a box of well-past the sell-by date semi-sweet chocolate (no matter, it tastes great in the mousse, even 6 months beyond its prime), caster sugar, and a bottle of Cointreau – encased in dust, for who really drinks Cointreau? That bottle was purchased at least 10 years ago, I’ve used it for truffles at the holidays, and probably a Cosmopolitan or two, and now it serves me well in Mayonnaise au Chocolat preparation. Thank you, dusty Cointreau.

Viola! Fancy French dessert with no (new) expense to me, and only a bit of upper arm pain, as I chose to whip the egg yolks and whites manually. The yolks aren’t such a big deal, but getting to stiff peaks with the whites was a challenge that my flabby upper arms did not enjoy, and they used this egg-white beating opportunity to remind me that weight training is probably a good idea – and not just because I’m eating fancy French desserts, either.

Once you’ve gathered your ingredients, the dish comes together pretty quickly – particularly if you were to use a motorized beater – and with just 2 hours of chilling time, this is a lovely, elegant dessert that could easily be whipped up just before the dinner guests arrive, and served forth just a couple of hours later (alright, maybe 4 or 5 by the time you’re done with dinner and chatting) to oohs and ahhs, with whipped cream and berries even. In fact, this chocolate mousse may just replace my make-the-day-before tiramisu as a go-to dinner party dessert. 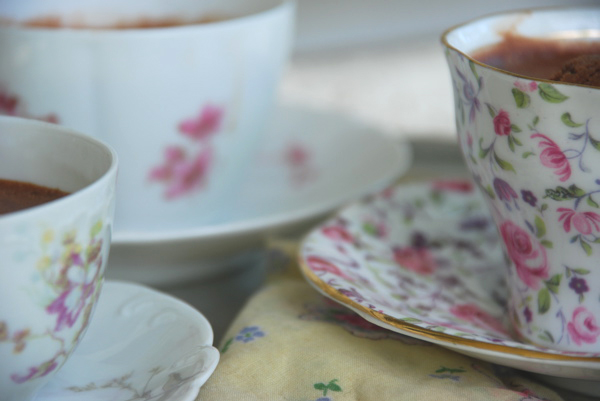 I’m going to do my best to replicate the way in which the recipe is presented in Mastering the Art of French Cooking, so the ingredients and method will be divvied up into separate processes. I’ve modified the recipe only slightly with two notes about the chocolate melting, both in parentheses.

Yield: For about 5 cups serving 6 to 8 people

Excerpted from Mastering the Art of French Cooking by Julia Child. Copyright © 1961 by Alfred A. Knopf. Reprinted with permission from the publisher Alfred A. Knopf, a division of Random House, Inc. 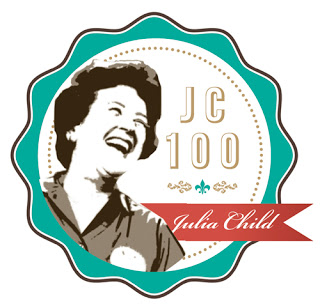