How to Make Tomato Confit 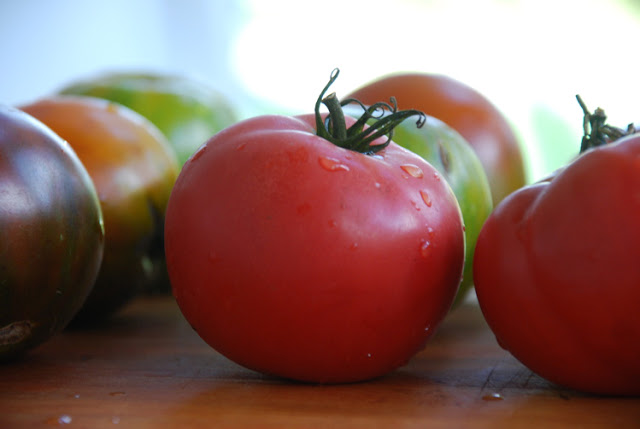 While this isn’t the most economical use of tomatoes for those who have to purchase them, for, at $4.95 per pound for heirlooms, this is an expensive sauce, it is a fantastic use of that extra 2 or 3 pounds (or, okay, maybe it’s more like 10 or 12 pounds) of tomatoes that the gardeners amongst us are sure to have piling up at this time of year.

Confit is French for “to preserve”. In this case, as is the case with duck or goose confit, and garlic confit, the vehicle for preservation is fat. For tomatoes and garlic, that fat is olive oil.

I use a grocery store olive oil for this rather than a fancy olive oil, as the flavor of the tomatoes and seasonings are imparted to the oil, and using a varietal olive oil for confit strikes me as a poor use of high-quality (and therefore more pricey) olive oil.

Roma-type tomatoes are the usual suspects for tomato confit, as they contain fewer seeds, less liquid, and more flesh than many other varieties (that meatiness is the same quality that makes them ideal for tomato sauce), but when every spare space in your kitchen is occupied by different types of tomatoes, some in varying states of decay, one isn’t going to be too particular about which variety receives the confit treatment.

The Romas in our garden are between harvests at this moment, so we’ve moved on to an assortment of Pink Lady, Brandywine, Green Zebra, and Japanese Trifele Black tomatoes for confit.

We scoff the non-Roma confit down just as quickly as we do the Roma confit, so it never seems to be a problem to use it within the recommended 1 week.

It’s more like 2 to 3 days – and poof! – confit is gone. We use it as pasta sauce, chopped as a garnish for eggs, chicken, and steak, and mixed with a little grated Pecorino-Romano it becomes a spread for crusty bread (or a spread for the sandwich of your choosing).

Maybe add some roasted garlic into that Pecorino-tomato confit mix, and layer it with goat cheese on crusty bread. That would be good, too. So many possibilities. You can see how a week is more than enough time to lay waste to a batch of tomato confit.

There is very little work in making tomato confit, just a bit of patience required, as you’ll be roasting for 5 hours, during which time, you could scheme up other dishes with which to utilize your tomato confit, all of which will be mindblowingly delicious, I’m sure. 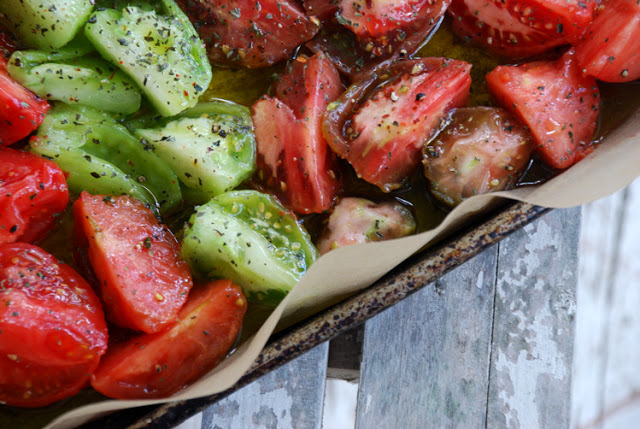 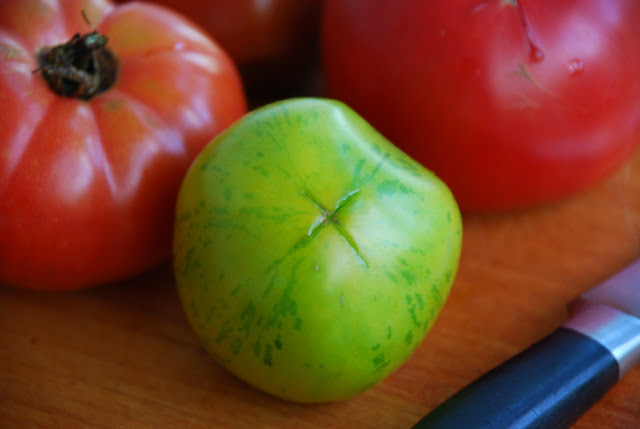 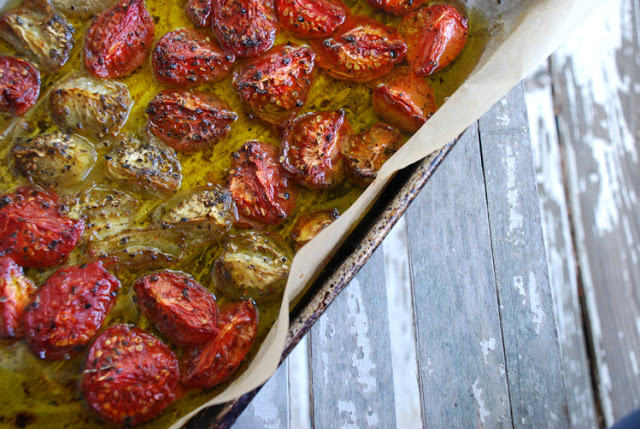 After. you can see that the Green Zebras “melt” more than the red tomatoes, but darn it, they still taste just as good as the others.

2 Comments to How to Make Tomato Confit