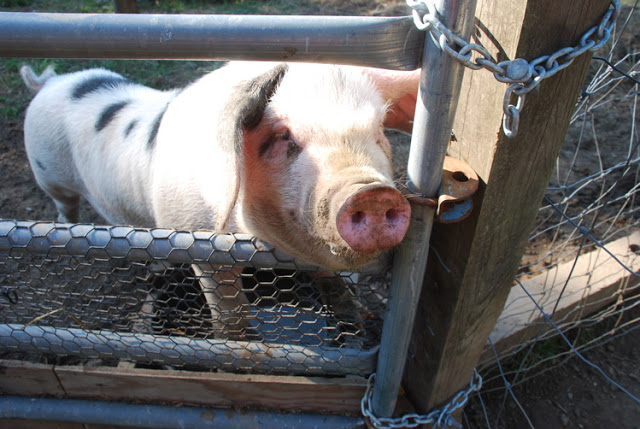 If you spend 8 hours in an SUV with a 10-week old pig in the back, you’ll get to know a few things about him very quickly.

First, you will know that he doesn’t like to drink water, he likes to snorkel. We filled a waterer for him multiple times on the drive from the farm where he was born in Maryland to our home in Massachusetts, and each and every time, he dove into it and blew bubbles until the water was all over the tarp in the back of my truck.

But before you get home, when you are still driving through Pennsylvania and you stop for water and gas, you’ll also learn that he doesn’t like when the wind ceases to blow on him, and will squeeeeeeeeal just a bit to be sure that you understand his displeasure.

Once you get him home, you’ll learn that he really wants to hang out with your husband and believes that he was sent here to compete with the dog for his affections.

You’ll also learn that if given a half an inch and an unlocked gate, he’ll head butt the gate until he’s able to visit with husband, dog, and soon-to-be swine girlfriends, on the outside of the pen.

When the dog gets excited about having a new buddy and tries to play with him, he’ll sprint from the back yard to the front yard, then run a switchback route that will make you think that your neighbors John and Judy are about to have a hog sitting on their front porch, only to see him turn at the last second and run back toward the pig meadow. 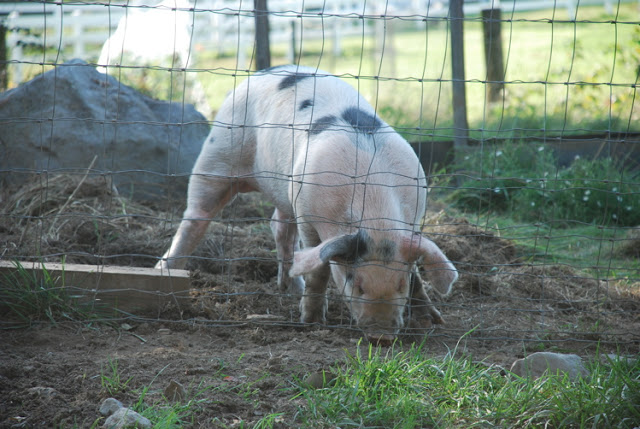 Once you get him situated once more, he’ll head butt the fence to let you know that he would really much prefer to be hanging around with his harem. In their pen.

And when his harem receives their grain or their rotten apples first, he will squeal at the top of his little pig lungs to let you know that that is just. not. fair.

Your neighbors, John and Judy included, will begin to think that you are torturing your little pig-escape artist, and while you will try to stand your ground and feed the girls first, you will eventually decide that you can’t handle the shrieks either, and he will win.

Just like he will eventually win when he Houdinis his way into the ladies’ part of the meadow.

That is, if we don’t get to installing the electric fence first. 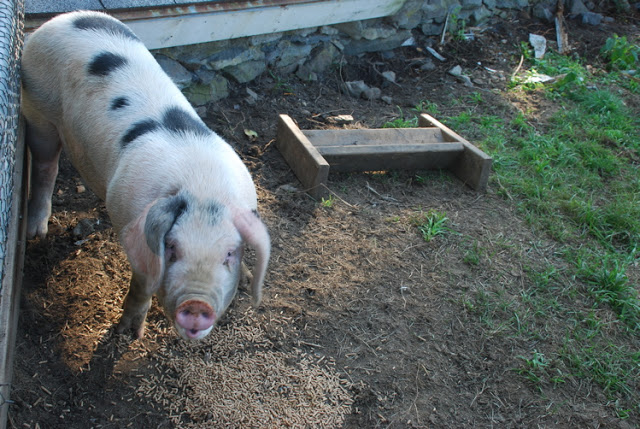