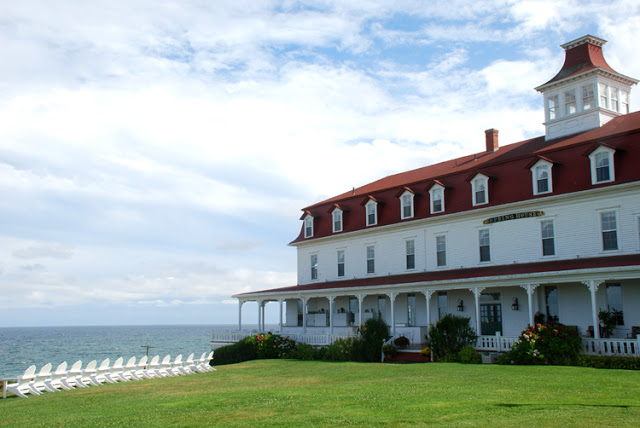 None of my wordless posts are actually wordless, and this one will not be an exception.

JR and I have been going to Block Island since I read an article espousing its virtues in Yankee Magazine, circa 1997.

Despite living in New England our entire lives, neither of us had been to Block Island, and that trip was our first vacation together.

In 2001, we were engaged there (in the room at the front of the hotel in the photo above, on the second floor), and in 2003 (after a small wedding in Italy. Really. It was small.), we had our reception here, too with cocktail hour on that porch and in those Adirondack chairs.

Every summer, I fall back in love with Block Island all over again. 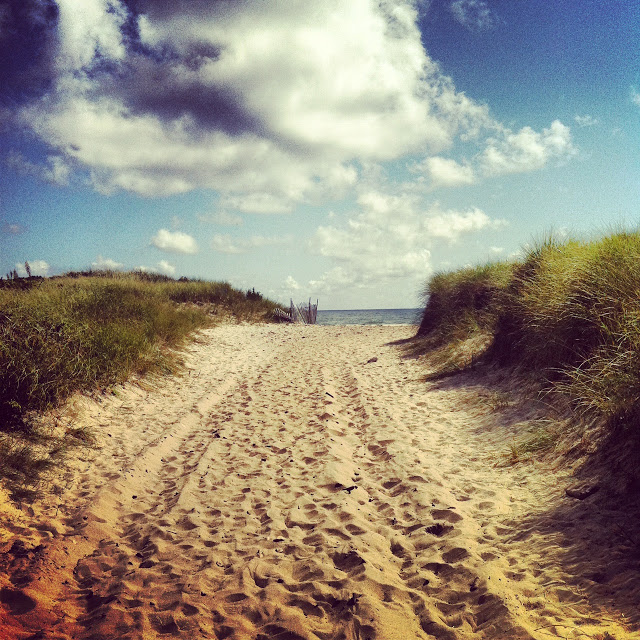 Last week, I was there for work (a very tough day at the office, indeed), and on the ferry back to the mainland, spotted dolphins leaping out of the water, coming toward the side of the boat.

As the boat passed them, they reemerged in the wake, putting on a show that I can only describe as dolphin fireworks.

I do apologize, I was so excited about seeing dolphins in New England for the first time in 16 summers of riding that ferry that I didn’t have the presence of mind to take a picture.

I promise, though, I wasn’t alone in seeing them, as everyone on the upper deck rushed to the back of the boat to watch dolphins the color of midnight sky leap into the air, then swoosh back down into the water. Below, on both of the lower decks, the rear of the boat was also full of dolphin-ogling spectators. Quite a treat for the ferry-riding set.

We can only hope that the dolphin fireworks happen again, ideally before another 16 years has passed. 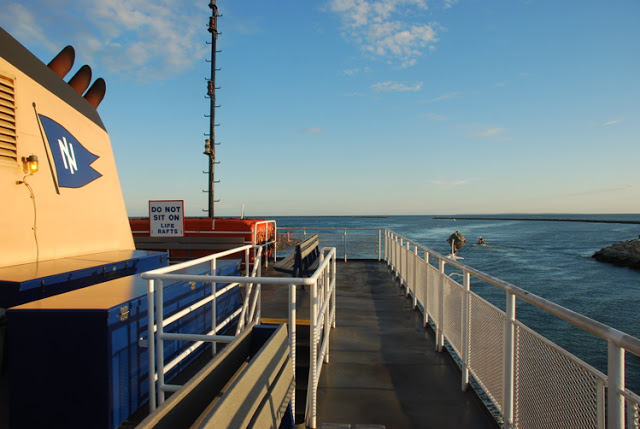 Somewhere, out in that bit of ocean behind the boat, there are at least a half-dozen dolphins dancing through the waves.