Cooking on a Budget, Garden, How-To

If ever you stop by our house during the growing season and don’t find us milling around the pig meadow or the chicken coop, be sure to look in the garden. That’s where we can usually be found, particularly in the evening.

Not only is it easiest to work in the garden after the heat of the day has subsided, harvesting tomatoes or squash for dinner, plucking weeds out of the edges of raised beds, and squashing squash bugs (it says to do it right in their name!) with a decisive stomp of a flip-flopped foot, it is also the place where we can relax and appreciate the beauty of the space, as well as the tangible, edible rewards of the growing season. 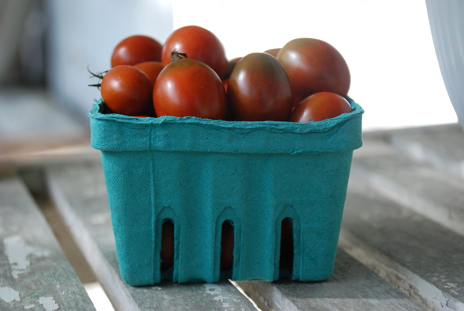 I didn’t always find gardening as enjoyable as I do now. In the first few years of my gardening endeavors, I created a monster task for myself. Even with the help of my husband, JR, who prepared the soil in our 60’x 20’ garden for planting, I would set out on the Sunday of Memorial Day weekend to plant the entire garden in one, very long, ache-inducing day.

Not only was it not practical, it was also not pleasant. There will always be labor required in a garden, of course, but after those first tedious years, we came up with plans to make the garden more manageable. 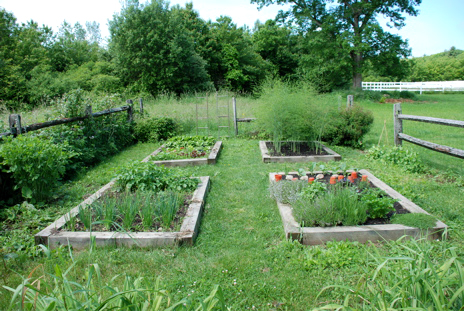 That fuzzy looking thing on the right is asparagus growing out. The spears become fronds, the growth of which strengthen the plants for next year’s harvest

First, we installed raised beds. This helps us to control the weeds, and it also helped to control my impulse to plant more than we needed. Does anyone really need six marjoram plants? Especially if one isn’t starting a marjoram farm?

Next, we determined what vegetables we reallylike and would be happy to eat on a regular basis. Out went the green peppers, and in went the fennel. Yep, fennel.

In 2008, we invested a whopping $21 in asparagus crowns and planted them in one of our six raised beds. We had to wait three years until we could harvest them during their early-May to mid-June season. After the three-year waiting period, we recouped our investment in just 10 days of harvesting. 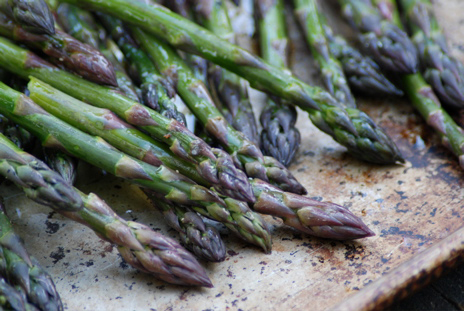 Now, once any asparagus beetles meandering along the spears have been smooshed between my fingers (it is an organic garden, after all, and I use manual methods to deal with pests, regardless of how nasty those manual methods might be), we harvest a pound of asparagus every other night for six weeks. That’s roughly $105 in asparagus each season. Only for free from our backyard. 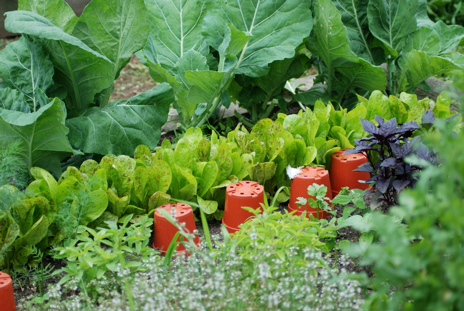 The upside down pots are used as an obstacle to prevent our neighbor’s cat from scratching up seedlings.

The other beds in our garden are planned out so that when the asparagus fades, the greens and carrots are ready to provide us our daily intake of vegetables until the first zucchini is ready for harvest.

In the off-season, I take our list of vegetables-to-be-planted, sketch out each garden bed so that we know what goes where, and then create a planting and harvest schedule that allows us to plan what we’ll be eating when during the growing season.

It may seem like a bit of work, but, as with most things in life, a little planning goes a long way toward a smoother experience. For instance, a schedule tells the gardener that she no longer needs to plant everythingin one day.

Oh, such a more pleasant experience with a wee bit of planning to start.

While I do directly sow many seeds into the ground and start others indoors during the early spring, I usually supplement with seed starts, as well. This year, most of our tomatoes were purchased as seed starts for $1.75 each, and each of those plants yielded at least five pounds of tomatoes. 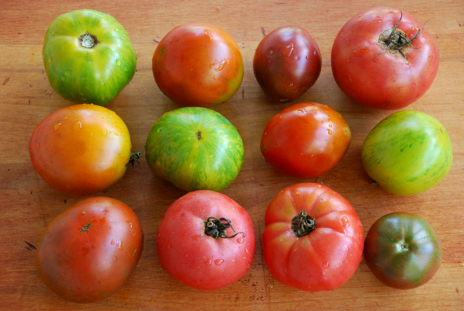 Our worst performer was the Brandywine, with just over five pounds of tomatoes total. Still, at $4.95 per pound for heirloom tomatoes in my area, that plant produced $24.75 in tomatoes; the high-yielders, like the Japanese Trifele Black, produced more than 15 pounds of fruit, or $74.25-worth. So for $3.50, we had $99 in tomatoes. And that’s just two of eight plants.

You might imagine, then, that we have a lot of tomato sauce and tomato jam in the pantry, and that we’ve eaten an enormous quantity of insalata caprese this summer, and you would be right. But also with those prolific crops, what we can’t eat or preserve, we give away to family and friends. 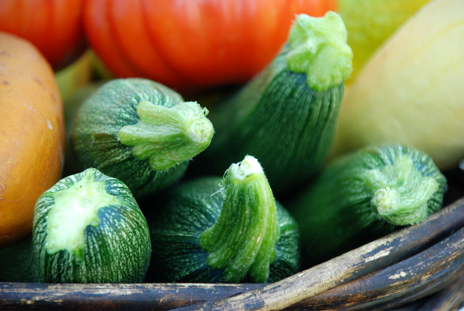 That’s another aspect of gardening that endears it to me so. Sharing.

Gardeners are very generous people. Even if you don’t hold a seed swap in the spring (a great idea, by the way, and a very smart way to spread the initial expense of gardening around), at the start of the season, your gardener friend might just bring you their surplus broccoli seed starts, or the mint or horseradish that they’ve divided up in their garden.

Keeping that seed swap spirit alive, during the height of summer, neighbors swap their harvest with one another, sharing varieties that they love, some certainly doing so in the hopes that you’ll love it and grow it, too. I wish I had an Armenian cucumber to share with you now. I had never had one until a friend dropped a few off a couple of summers ago. Sweet, mild, thin-skinned, it’s now our favorite cuke. And that’s how it goes.

Later that year, that same friend shared her famous bread and butter pickles with us (along with the recipe), yet another way that the garden giving carries on into the off-season with pickles, jams, and preserves. 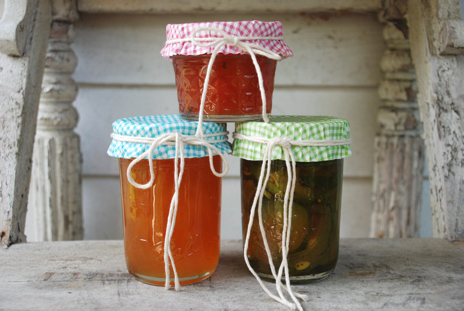 That’s them. the pickles. there on the right.