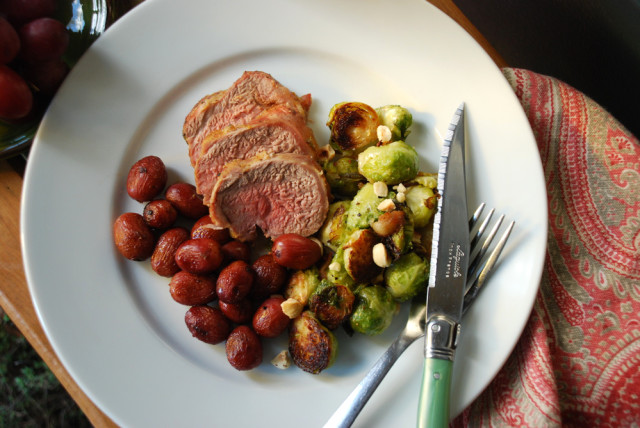 It should stand to reason that we love pork. I mean, after all, we are raising pigs here on our property, which is a strong indicator of pork predilection. And there is no season during which pork is more top of mind here than it is during the fall.

Sure, we grill pork chops and pork tenderloin, as well as country style spare ribs (my favorite cut) during the summer. Heck, we even make pulled pork sandwiches from time to time in July and August, despite having to slow cook in the heat. But when autumn arrives, along with its produce that seems to so perfectly complement pork, then that is the time is when my mind really turns to pork preparation.

And who doesn’t want a good weeknight pork meal option? The marinade can be whipped up either the night prior or in the morning before leaving for work (provided you allow enough time for that kind of thing and aren’t trying to superhero your way out the door every morning, like some writer-farmer lady we know.), and the cooking time is a mere 40 to 45 minutes.

The tenderloin is fabulous with roasted grapes and Brussels sprouts (as you can see from the photos here, this is my current preference) – and recipes for both are coming soon – each of which can be made in the same time that it takes for the pork to roast, though it would be equally delicious with roasted sweet potato and steamed broccoli, wild rice and sautéed greens, or polenta and roasted beets. 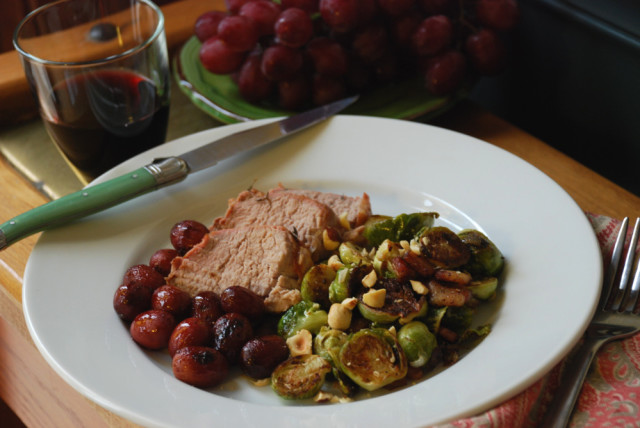