This Week in the Garden: Late March 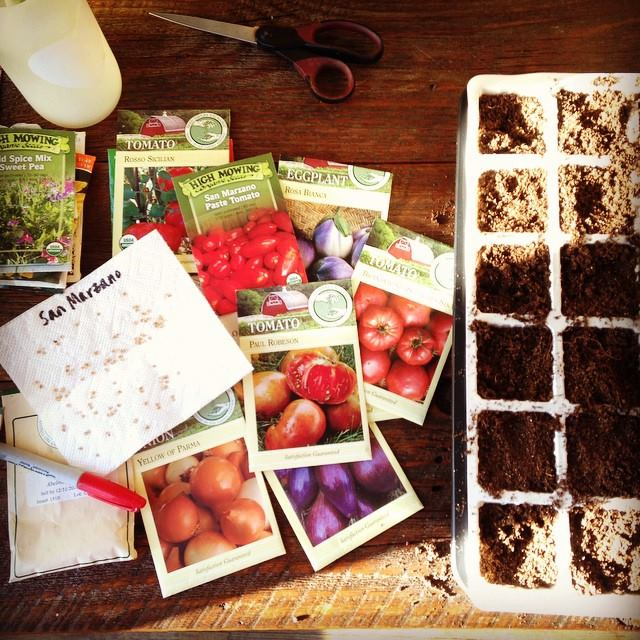 Alternately, we could call this post “This Week in Thawing” because we’re not really outdoor gardening so much here.

Not to belabor the fact – surely you’ve heard enough about New England’s awful winter, but, yes. There is still snow on the ground here at the end of March. Snowed last night, in fact (though the one inch that dropped is now gone, thankfully). However, what’s left of the four blizzard winter snowfall is such a small amount now that it is actually starting to feel like spring. 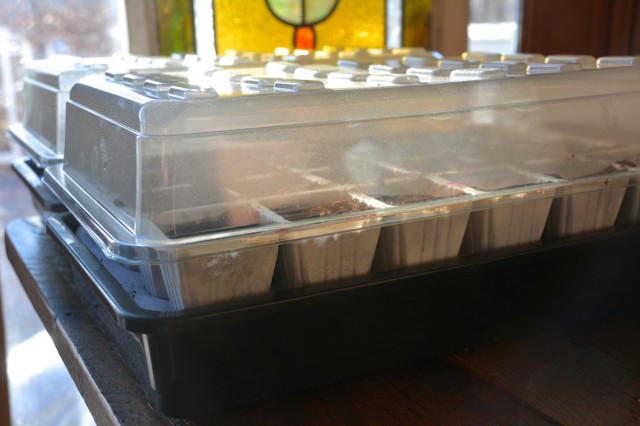 And we have seeds started indoors, which feels like a small victory over a winter that sapped the energy out of even some of the most snow-loving people I know. The tomato seeds were started last weekend, only a few days later than last year, but still about 3 weeks later than I had planned to get them going. Last year’s tomato harvest was fabulous, mind you, though I did want to see how we’d do with a three-week jump-start on the seeding side. I’ll mark that down for next year instead, and will vow not to let lethargy caused by too many feet of snow on the ground deter me, should that be our fate for next winter as well. 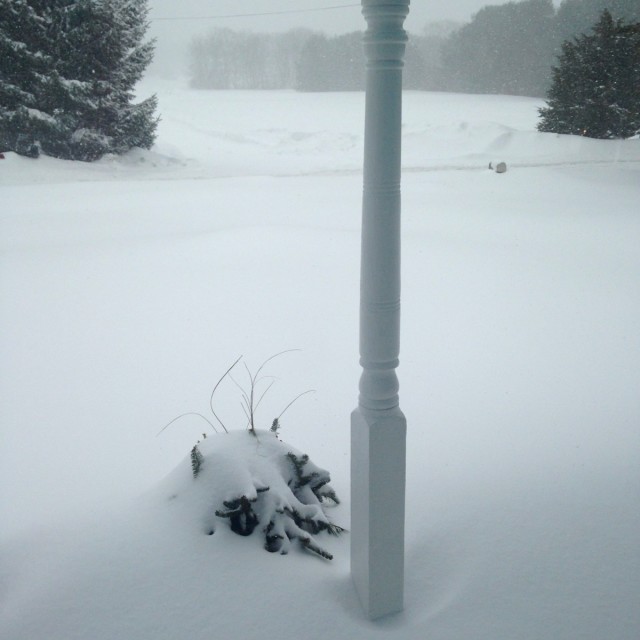 this would make even the most cheery person sad, wouldn’t it? weeks on end of nothing to look at but snow and gray skies?

There is still snow on four of our raised beds, including our asparagus bed – they found themselves under a 4-foot tall snow drift sometime in the middle of February that persisted at that height until about a week ago – but 50-degree temperatures are promised for this week, so with any luck, sometime in the next couple of weeks, we’ll be able to till soil to start greens, beets, peas, and carrots. We’ll plan to use a row cover, of course. We can’t possibly expect to be frost-free before June (July?) at this stage. 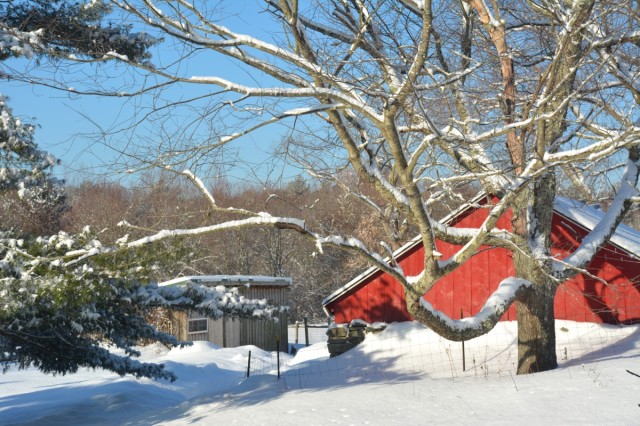 okay, sometimes it was pretty, but still. I’ll take spring gardening over a winter wonderland any day.

Today, Rebecca the Pig foraged for the first time in nearly two months – it’s difficult to forage through snow pack – and, as much as a 700 pound sow can do so, she danced a happy little dance. A two-step, really, that’s all she could muster, but it had the distinct look of a dance, and we followed suit standing out by the corral. Yay springtime, yay foraging. We’re able to walk around our yard again rather than down narrow, snow bank-lined paths, the snow that fell last night had melted by noontime, it was sunny, seeds are sprouting, albeit indoors, and we can finally reach the garden to start preparing for the new season.

I hope that you’re doing a happy little welcome back springtime! dance at your home, too. 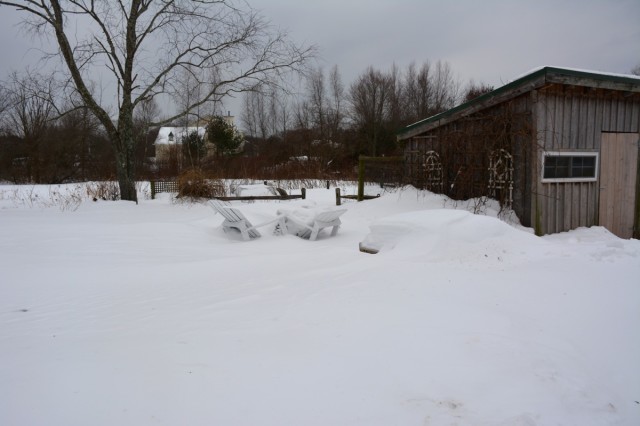 Before. Snow. No good. 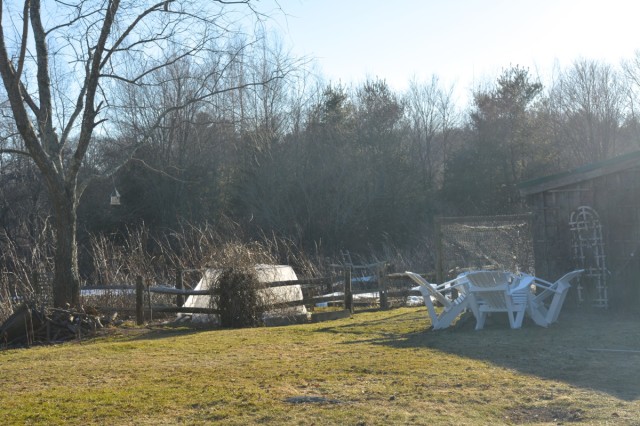