This week in the garden – mid-June: peonies, porch, and freaking caterpillars 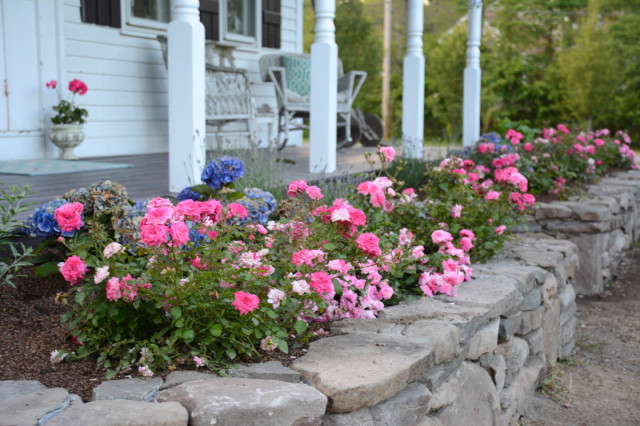 And also zucchini. Because I planted zucchini silly-early this year and took my frost-dodging chances. Actually, I’ve been planting zucchini and summer squash early for the last few years, usually by May 14 or 15, which is a bit dicey here in southeastern Massachusetts. But this year, we were away at the beginning of May through mid-May, so I decided to go with a May 2nd planting. It seemed pretty renegade at the time, but it’s paying big dividends now, as the zucchini is ready for harvest just as the asparagus is fading into a frilly, frond-y memory. 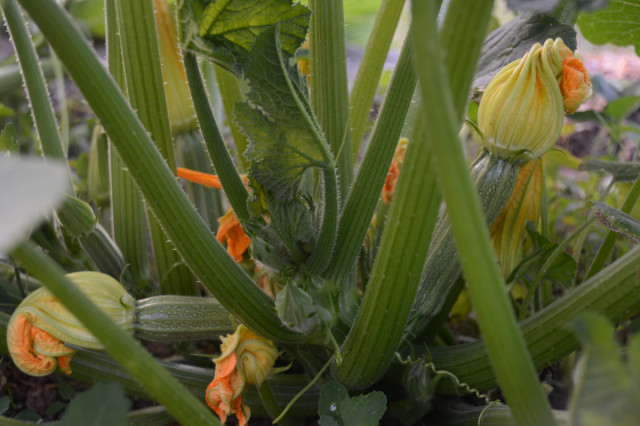 The lettuce is, um, ready for harvest, too, if you don’t mind that it’s been pre-eaten by some as-yet-unknown, rustling critter who happens to be a master break-in and escape. I’ve walked into the garden twice to see a flash of fur slithering through the fence (not very secure, that bunny fence!) and disappearing into the blackberry brambles. I’m okay with eating the partially-destroyed lettuce myself, but not in swapping saliva with varmint (you’re very welcome for the visual), so I trim all of the previously chowed lettuce off, then wash well. Which basically leaves me with hearts of romaine, but BOY are they delicious. I was looking forward to nasturtium flowers and leaves in my salads as well, but please do note that said varmint has also nibbled nearly all of the leaves off of my once-gorgeous – robust, even – nasturtium plants. 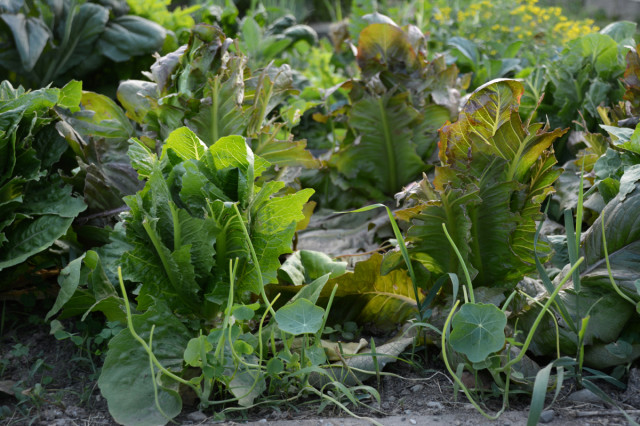 This whole destroying things that I love thing is a theme in this year’s garden. First, the apples, blueberries, and peaches all took a massive winter moth caterpillar hit while we were away. Then, I started noticing gypsy moth-type caterpillars on every tree on my exercise walk. Then JR asked, “What’s going on with the wisteria? I know it’s always late, but it looks awful.” And there were the same god-awful caterpillars. I removed (ahem, frantically removed) palmful after palmful (it’s just as nasty as it sounds) of caterpillars, deposited them on rocks in our fire pit and ground them up with my shoes. I tried feeding them to the turkeys – the turkeys moved more slowly than the caterpillars, and the caterpillars would escape. I took to stomping on them. And I saved the tiniest bit of the wisteria vine, but not without daily caterpillar removal and subsequent stomping. And even that wasn’t enough. As our peonies fade, I try to snip as many flowers as possible to bring into the house, and in so doing this week, I found that the demon caterpillars had arrived on the peonies as well. Gah. More fistfulls of caterpillars to smoosh. 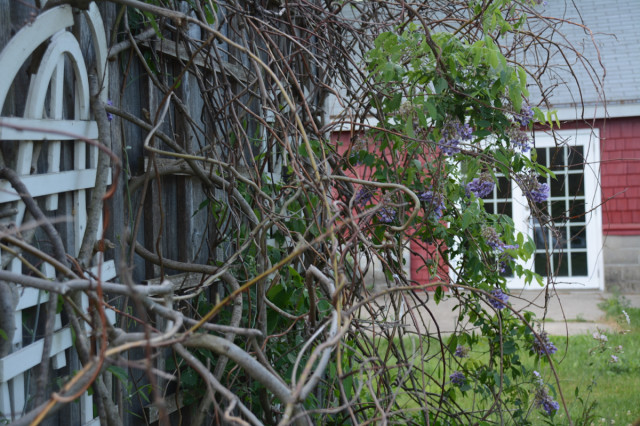 that’s it. that’s all that’s left of our wisteria vine. Not so good for mid-June.

But we do have peonies, which are glorious even as they wilt, aren’t they? 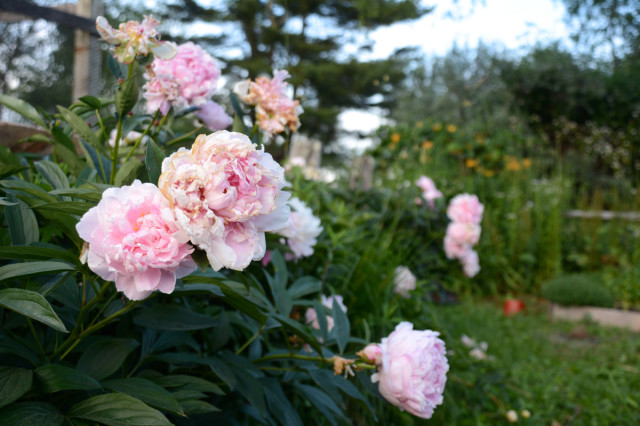 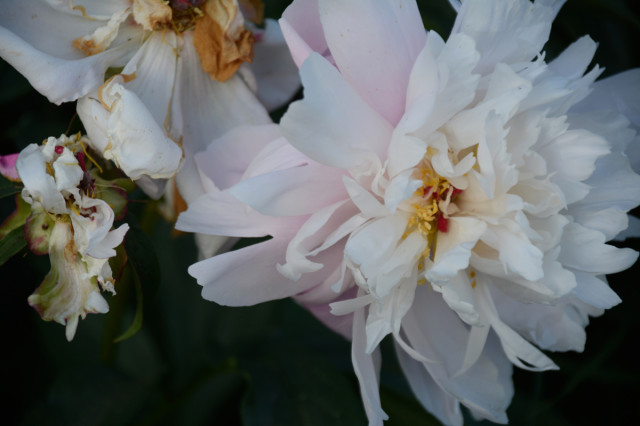 And in an effort to improve the front yard after our old maple tree fell on the house last year at this time, we had a stone wall built, and finished planting that garden this past weekend. We planted lavender, hydrangea, and ground cover roses, along with one Russian sage plant in the back corner of one bed and one hollyhock in the other. There’s a bit more work to do (see the bare earth in front of the rock wall? yeah. that’s got to be addressed. As does the well that’s been there for years smack-dab in the front of the house.), but I’ll definitely share the whole process from giant tree on top of porch roof to everything finished – as soon as everything IS finished. 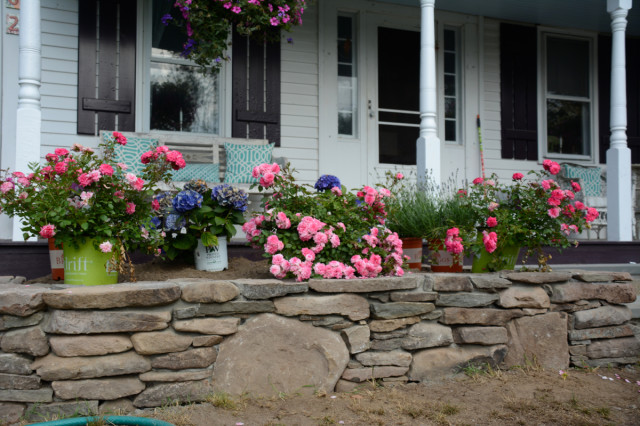 placing our plants before the actual planting

I hope that the bugs and critters aren’t treating your garden too badly, and if they are, I hope that you find a little bright spot to enjoy just the same.

2 Comments to This week in the garden – mid-June: peonies, porch, and freaking caterpillars