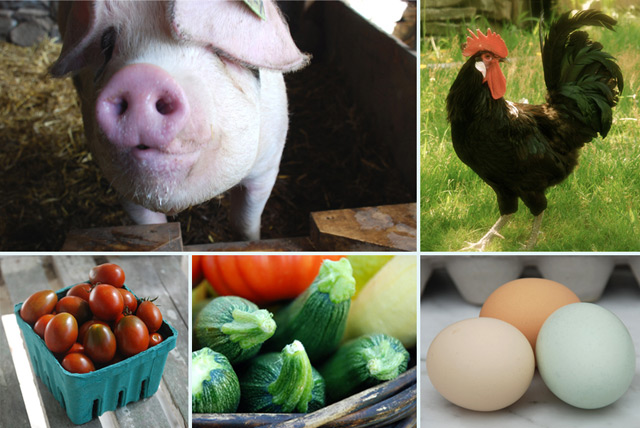 While we both work off of the farm, we love the work that we do here. What started as an endeavor to feed ourselves from our garden has evolved over the years, first with the addition of bees, then laying hens, turkeys, and now Gloucestershire Old Spots pigs, an endangered breed originally from the UK.

There’s a saying in gardening: first sleep, then creep, then leap. It addresses the expectation one can have when growing perennials – whether asparagus, apples, or flowers – but it also applies to pigs, as well as to other large livestock, as they require time to reach sexual maturity before they can be bred, then months pass – in the case of pigs, the gestation period is roughly four months – and finally, they give birth.

We’re definitely in the creep phase of pig farming, a slow build toward the leap phase, with our first litters just being born on the property.

Had we bred our gilts at their first heat, which came when they were around 8 months old, the first litter would have come nearly a year after the gilts arrived here. As it was, it took almost a year to find a suitable boar because of the scarcity of the breed and the desire to breed outside of their bloodline to avoid inbreeding – there are only 232 of these pigs in the U.S. herdbook, which means that there are only 232 breeding pigs of this type here.

Because these are their first pregnancies, their litters are smaller than they will be once they are more mature. Eventually, we’ll have enough of a herd to sell pork to individuals and chefs on a more regular basis. For now, we have a limited supply, but if you’re interested in buying a feeder pig (one that has been castrated) or if you’d like to buy a market-weight half hog, please get in touch with us at farm (at) tinyfarmhouse (dot) com.

*helpful vocabulary: a gilt is a female pig that has not yet given birth. A sow is a fully mature female pig.