Preparing for the Honey Harvest 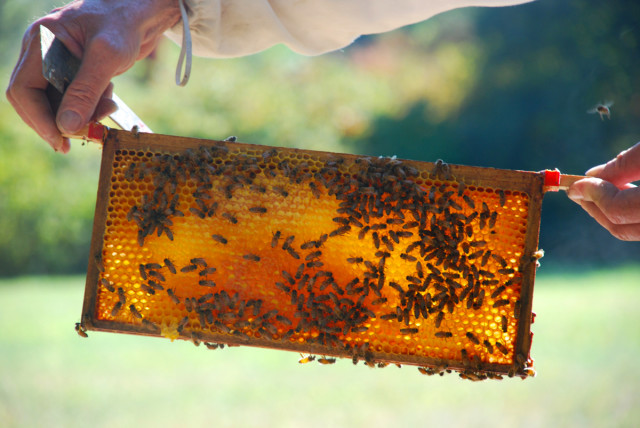 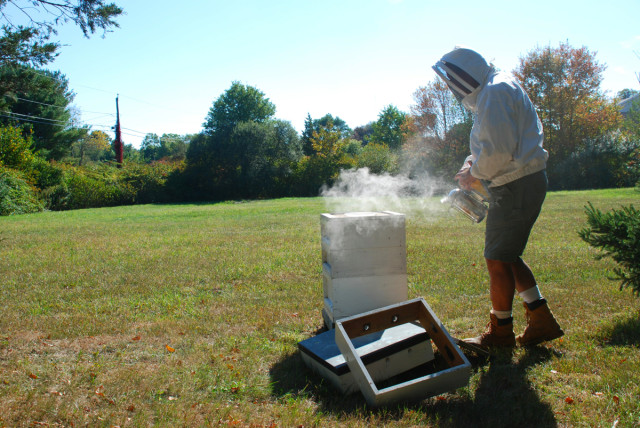 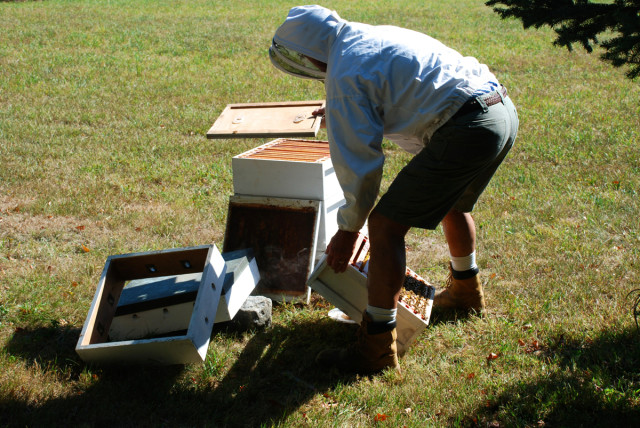 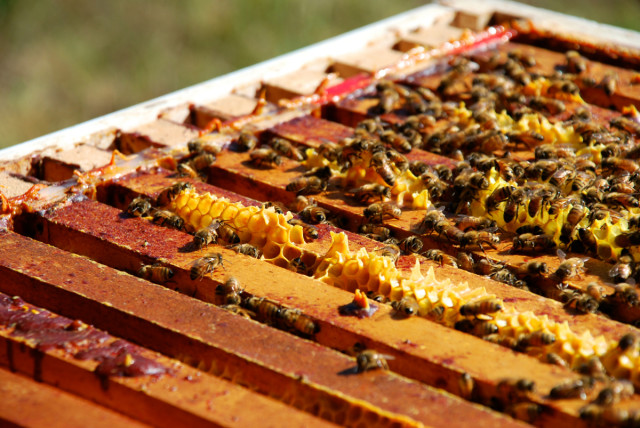 On this dreary day, it’s nice to have a reminder of the honey harvest to come. On Sunday, JR placed the bee excluder – the function of which is just as it sounds, it limits the bees’ access to the honey super (the box containing the capped honeycomb, to be less technical) – into our hive. As you can see, JR is pretty comfortable around the bees, as evidenced by the limited protection he’s donned. He’s at this point now that he’s been tending bees for more than a decade, though I was a little skeptical about him wearing shorts rather than long pants. In the end, everything worked out just fine – he finished the job without so much as one sting.

We have just the one hive this year, and it’s had a very productive year. Once the bees leave this portion of the hive, the excluder will keep them from reentering, and we’ll be able to remove the bee-free honey super, uncap the honeycomb, and harvest the honey. Nothing like the thought of golden, flowing honey to keep the rainy day doldrums at bay. 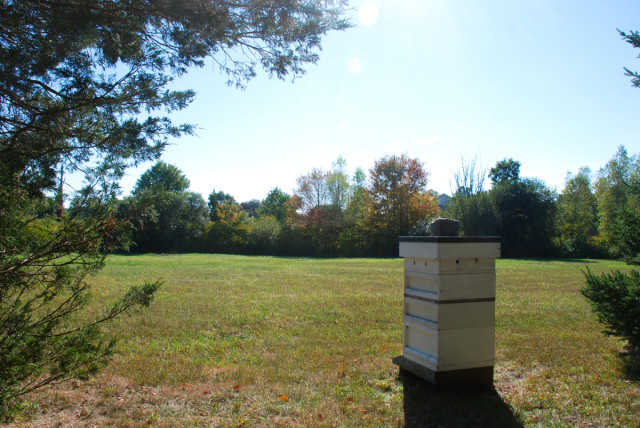 4 Comments to Preparing for the Honey Harvest