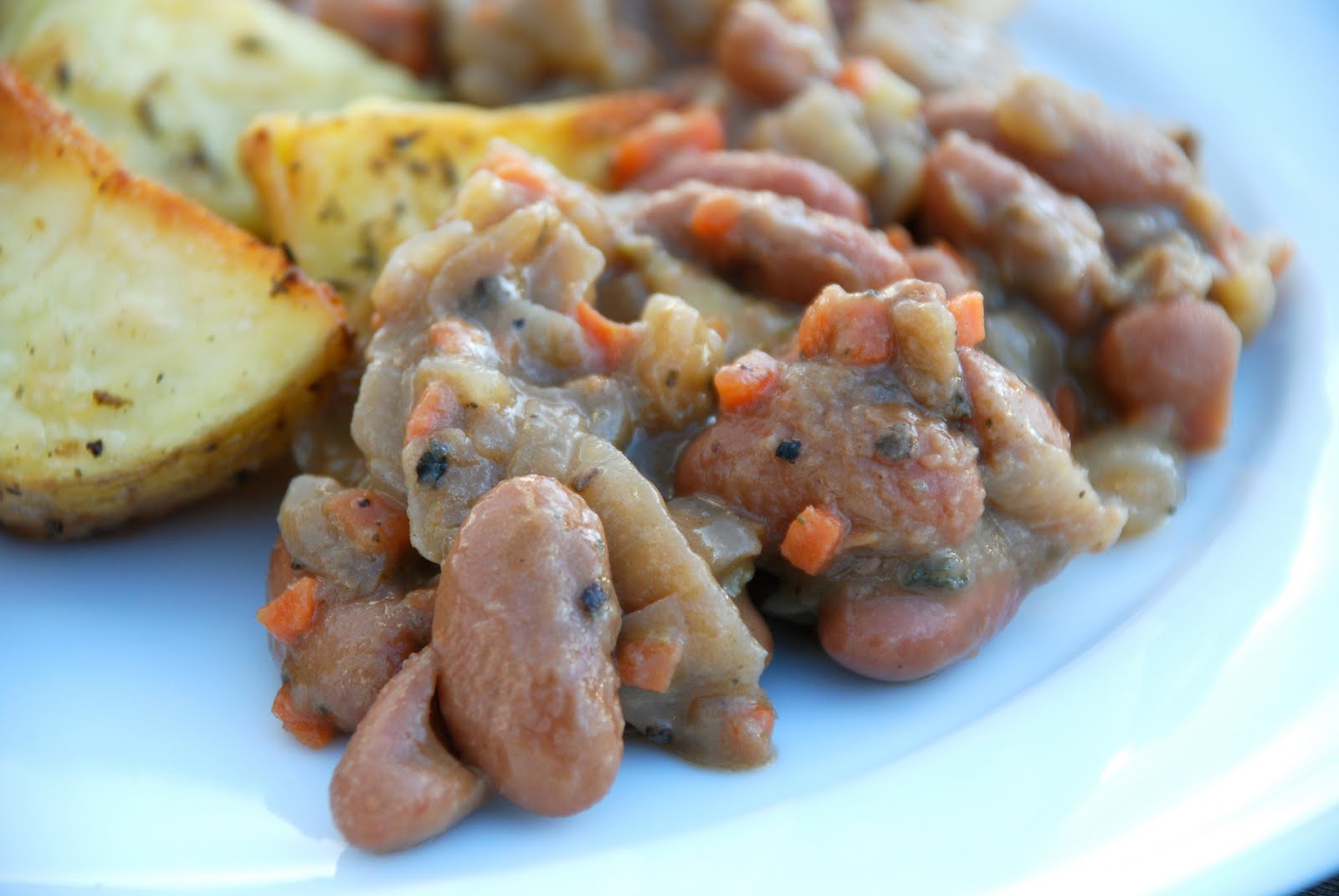 JR and I met at a local golf course where I was the bartender and he was a member. Member implies something fancy, and, in that regard, is a bit of a misnomer used in reference to this particular golf course. Around town it was known as a rowdy, blue collar club. However, he did pay dues, and I did sling drinks, and so we met, while I bartended and he frequented.

Being slightly less hoity toity than country club, I also served as a short-order cook and hot dog steamer lady. Fill the metal mini-Big Top replica hot dog steamer with water, add dogs to their compartment, add rolls to their compartment, leave them all in the Big Top steamer for 4 to 6 hours if no one showed up to eat them, toss them out at closing, then drain the water. Repeat the next day.

However, I did make a mean burger. I was a good and speedy beer bottle opener, but of my two primary tasks (this does not include socializing, for socializing was my very most favorite non-job-description task), I most enjoyed my time in front of the hot griddle, burgers spitting fat at me, their accoutrement sizzling alongside: mushrooms, onions, peppers.

“It smells like the Brockton Fair in here,” JR would yell out as he sauntered in from the ninth green – presumably in an effort to charm me, not knowing where this relationship with the barmaid/cook might take him (or us). One slice of processed cheese would be placed directly atop the burger, the mushrooms or onions and peppers set on that slice of cheese, the vegetables then secured to the burger by topping with a second slice of cheese, melted until a seal had been formed. Beer bottles would be set upon the bar, and burgers distributed throughout (“Bartender, sprinkle the infield,” one of JR’s famous phrases, serving as the call for another round for the weary (ahem) golfers.).

Just as I was known for my swiftness in getting beer from cooler to counter in my younger years, Brockton, Massachusetts was known for its fair. A tawdry affair with bearded ladies, half-men half-beasts, drunken patrons, and the constant aroma of sauteed onions and peppers hanging in the humid summer evening air. It’s not clear to me why parents took children to this event back then – or at least to the side show portion of the event – as many, including JR (though his experience was in the 60s as opposed to mine in the 80s), had frightening experiences with one or more of the participants in the side show, and, truly, one would think that the promotion of what amounted to a freak show would have been considered beyond gauche even in the 1980s. Not so in Brockton, however.

Brockton is situated in an ideal location on the South Shore of Massachusetts, on the corridor that leads from Boston to Cape Cod, surrounded by lovely towns with antique Colonial homes, quaint little squares, and upper-end incomes. This prosperity has evaded Brockton, and it has long been rough and tumble – as though a long-lived summer fair with a freak show wouldn’t give that away. Marvin Hagler grew up in Brockton; I imagine that boxing skill would be a requirement for any man growing up in Brockton in the 1960s. As recently as a month ago, a former Brockton High School student was shot in the school’s gymnasium; his assailant got away. But Brockton is making its best attempt to revitalize itself, recognizing its enviable proximity to Boston and beaches, and promoting itself as an economical and commuter-convenient alternative to the neighboring towns. Affordable housing is abundant, and despite the recent shooting, Brockton High School was named one of the nation’s best high schools (one of 1,750) by U.S. News and World Report last month.

When I walked my mother and brother through our garden this past May, I proudly pointed out my small stand of Brockton Bean sprouts. My super-smart brother – young victim of a scarring Brockton Fair Zipper ride/vomiting/favorite-Jethro-Tull-t-shirt-having-to-be-thrown-into-the-trash-immediately experience – turned an incredulous eye to me, “Brockton? Brockton-Brockton?” “Yes, Brockton-Brockton,” was my reply, “apparently, before Brockton hit the skids, they developed a bean there.”

The bean was introduced to market by the Aaron Low Seed Company of Essex, MA in 1885, the seed having been provided by a Brockton vendor. The seeds are stunning both as pods (mottled pink and light green) on the vine, and as dried beans, with a pale taupe-pink base and maroon-red spots. Their flesh is creamy, while the skins are firm – a hearty and satisfying bean for a cold winter’s day. 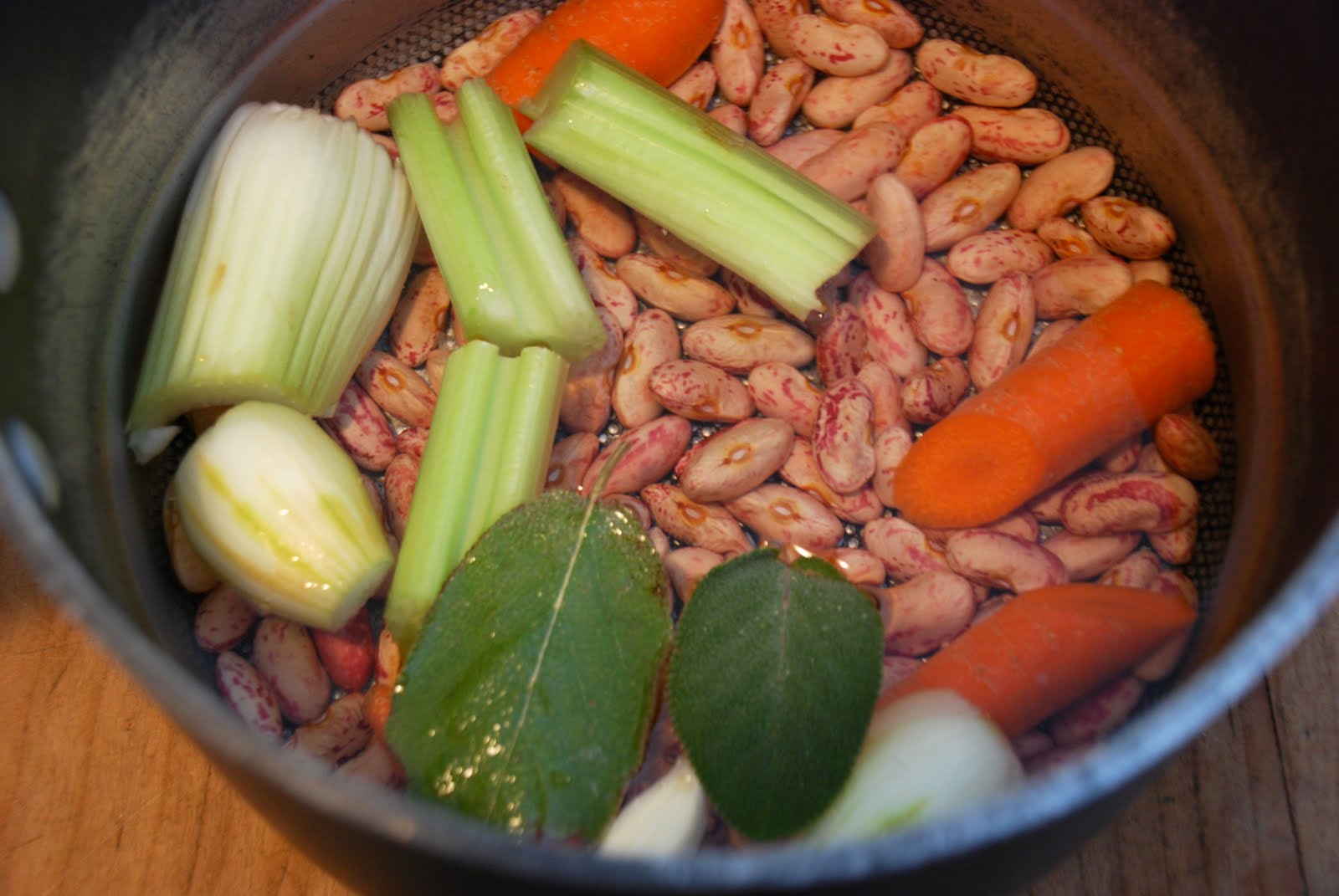 my onions were mini rather than medium, but, hey, I made these during a snow storm, and I used what I had on hand. Still worked out just fine.

The small planting in this year’s garden yielded only about one cup of dried beans, so during this weekend’s Southeastern Massachusetts Blizzard of 2009 – or snowstorm, whichever – I went all Alpine-style comfort food cooking, roasting quartered potatoes with olive oil and thyme along with a pound of sweet Italian sausage, and made a slurry of Brockton Beans. I like the sound of the word “slurry”; the beans themselves were not at all concrete- or coal-like (and I’m blatantly ignoring the manure connotations), though the end result was a semi-liquid, and rather satisfying, side dish.

To cook the beans:
To make the side dish:

Note: this recipe would work with just about any other type of dried bean, by the way - be sure to start the soaking one day ahead of when you plan to make the dish to allow for the beans to soak overnight.
To make the side dish:

Estimated cost for Brockton Beans in Brockton Bean Liquid: $3.08. The beans were about 1-cent per seed. I seeded three plants, so that’s 3-cents. I will most definitely seed more next year. If you purchased similar dried beans, they would run around $1.50 per pound at the farmers market (or around 85-cents per pound in the grocery bulk section) and 1 cup is roughly 1/2 pound, so $3.83-ish or $3.51-ish if you don’t have homegrown Brockton Beans in your cupboard. The carrots for the whole dish were around 14-cents. The onions were around $1.00 (though, actually, I grew them, so they were at a lower cost to me), the celery was around 40-cents. The garlic was around 15-cents. The sage was no more than $1.00 for fresh (it would be about half of one of those $1.99 supermarket packages of sage, and if you wanted to dry some of it out for the cooked-in-liquid portion of this recipe, just hang it upside down for a couple of days in a warm, dry location. I use my kitchen cabinet knobs for this sort of drying activity.). The olive oil was 36-cents. The water is free. That’s it. And the beans are delicious. I can’t wait to make the Jacob’s Cattle beans I bought last week at the farmers market, in fact. With sausage. And potato. Too much starch, but, oh, who cares? It’s winter.

Dinner tonight: Baked Rigatoni with Tiny Meatballs and Simple Red Sauce. Estimated cost for two: $2.64. JR and I set out on Saturday with a perilously low balance in both of our bank accounts, a need for milk, butter, and meaty options for a snowy weekend. We cobbled together enough money to fetch a pound of ground meat (beef, pork, veal mix), and a pound of sausage (famously roasted to go along with the Brockton Beans). The ground meat was $4.04 by the time it was wrapped up ($3.79 per pound at my favorite Italian market), I used around 50-cents in panko breadcrumbs, a healthy smattering of dried oregano from the garden, two eggs (52-cents), a splash – or 1/4 cup-ish amount – of milk (13-cents), and around 50-cents in Pecorino Romano cheese. The oil for frying ran me around 96-cents, I used a can of tomatoes for $1.50 for the sauce and skipped the aromatics (and soffritto), and ended up with 24 mini meatballs. JR and I had five with dinner yesterday, and tonight, the remaining 16 (lunches have to be taken into account, too, you know), plus leftover sauce, plus some additional milk (25-cents’ worth) to thin the sauce will be combined with $1.00 rigatoni (love the 10 for $10 scheme), and a half a bag of shredded mozzarella at $1.25 (purchased on sale, of course). So, the meatballs plus simple red sauce cost $8.15 for 24, therefore 16 leftover meatballs runs us $5.43. Plus rigatoni, milk, and cheese, that gets us to $7.93 for 6 servings, or $1.32 per serving.