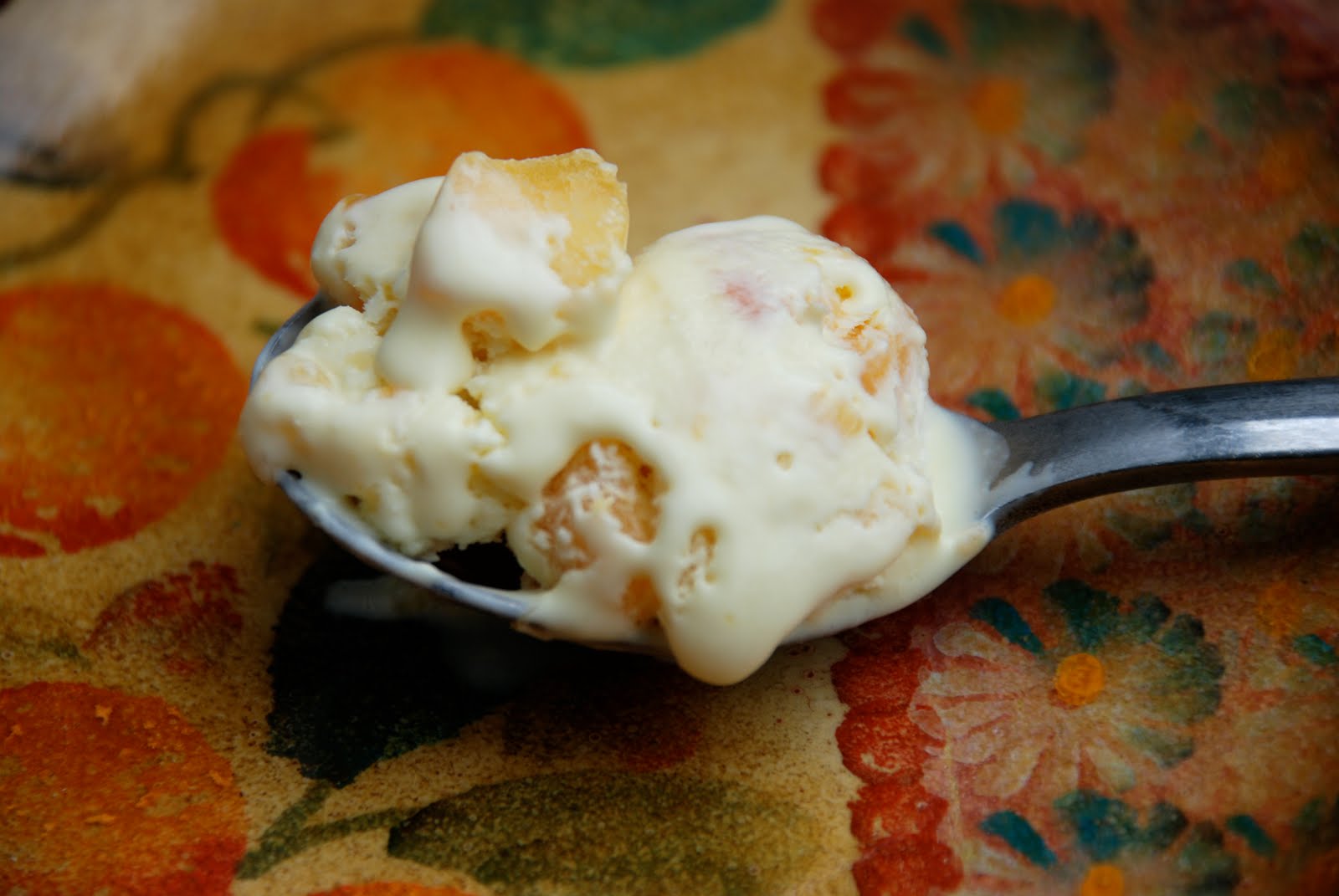 The local juicy fruit season is short here in New England. So, so short that by September, it can be difficult to believe that we were not so long ago graced with the juiciest of peaches, and cantaloupes effusing such a heady perfume that the cashier at the farm stand tells you to eat them now, no don’t wait a few days, eat them now – they’re ripe right now – for no sooner are we devouring these luscious fruits than it seems that they’re gone.

The local cantaloupes tend to get the cube-and-eat treatment, so hard is it to postpone the devouring during these few short weeks they’re available at the farm stand. Sure, I’d love to whip up a cantaloupe soup with mint and honeyed creme fraiche (see, now, that sounds delicious), but why meddle with perfection when perfection is so fleeting?

I’m not sure why the local peaches don’t get this exact same treatment (and seeming straight-from-the-plant reverence) from me; it’s not as though they aren’t sweet, and delicious, and, yes, perfect, but they do inspire far more variety of preparation during their short New England season; savory as well as sweet treatments.

Today’s purchase of Black Forest bacon has me pondering the possibilities for bacon-peach sauce (on chicken? with pork? on a spoon?), though my first inclination is always to start the local peach season with some sweets.

I’ve already done the cornmeal crust peach crostata (recently renamed “beautiful peach thing“) a few times (and probably will make at least another two or three while peaches remain abundant – heck, it’s dessert, it’s breakfast, it’s a beautiful peach thing – how can we go wrong?), however, the discovery of a bottle of my brother’s favorite brown liquor in my neglected booze cabinet (the wine cabinet is not at all neglected. Only the booze is dusty at our house.) prompted a peachapalooza – or a bourbonpalooza – last Saturday night. For the record, the peach juice left behind from macerating peaches in honey, along with a splash of water, makes a fabulous mixer for bourbon. Because you and me, we don’t like to waste. Not peach juice, and not bourbon, either. At least, once we remember that we have the bourbon, that is. Then, we don’t like to waste it.

Homemade ice cream is a cinch to make. The active time is somewhere in the neighborhood of 20 to 25 minutes, and, yes, while you will have to wait for the custard to cool enough to be freezable (2 to 24 hours), and, yes, you will have to be sure that your ice cream maker canister is prepared to freeze and churn the ice cream, the actual work is so easy that once it’s over, you’ll barely remember having put any effort into it at all. Well, maybe the constant stirring will feel like work, but it’s quick work. Quick, I say.

If you want to push toward a -palooza, there’s an easy bourbon-caramel sauce recipe that follows the peach-bourbon ice cream recipe. Hmmmm…I wonder how the caramel sauce would mix with bourbon and a splash of water. 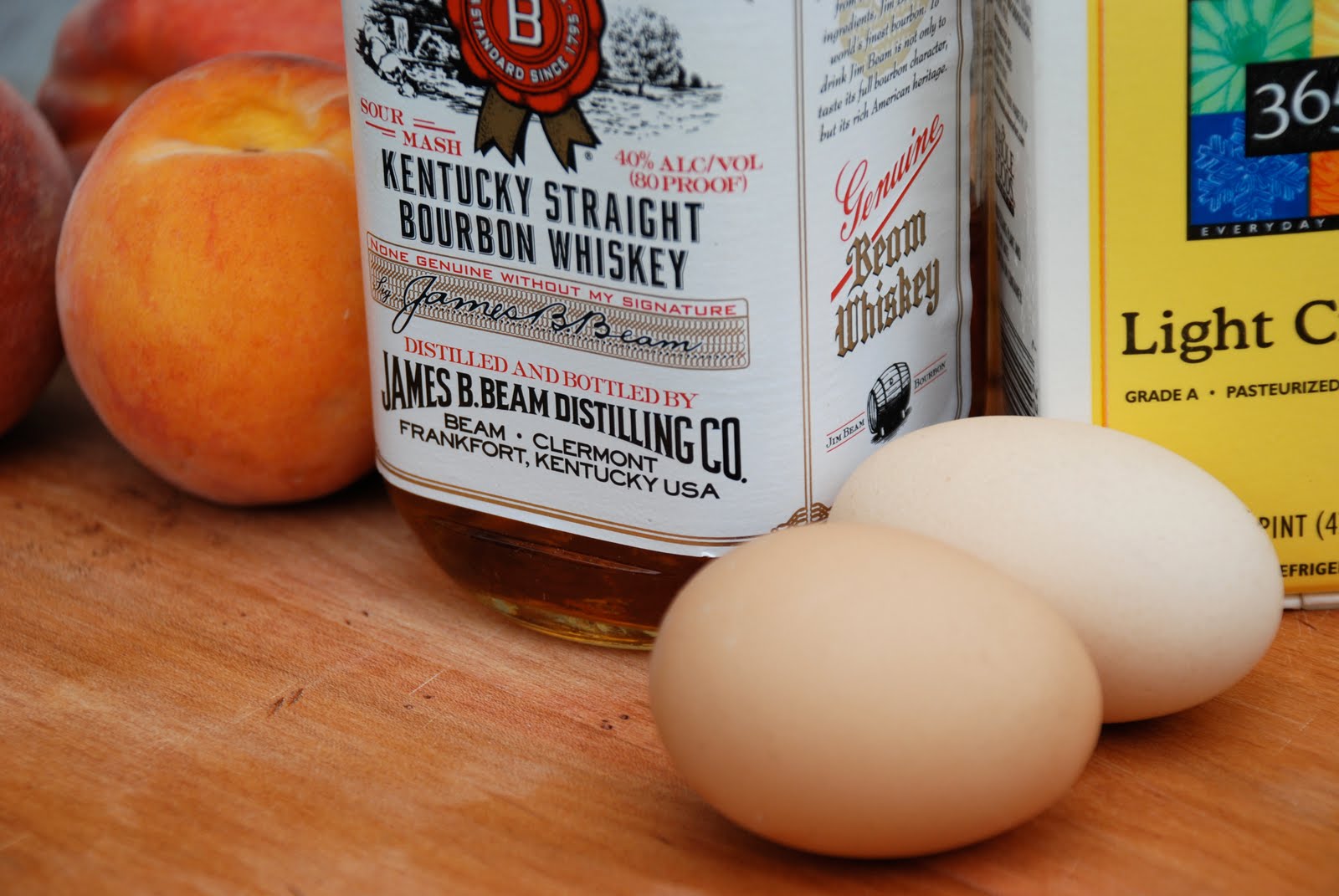 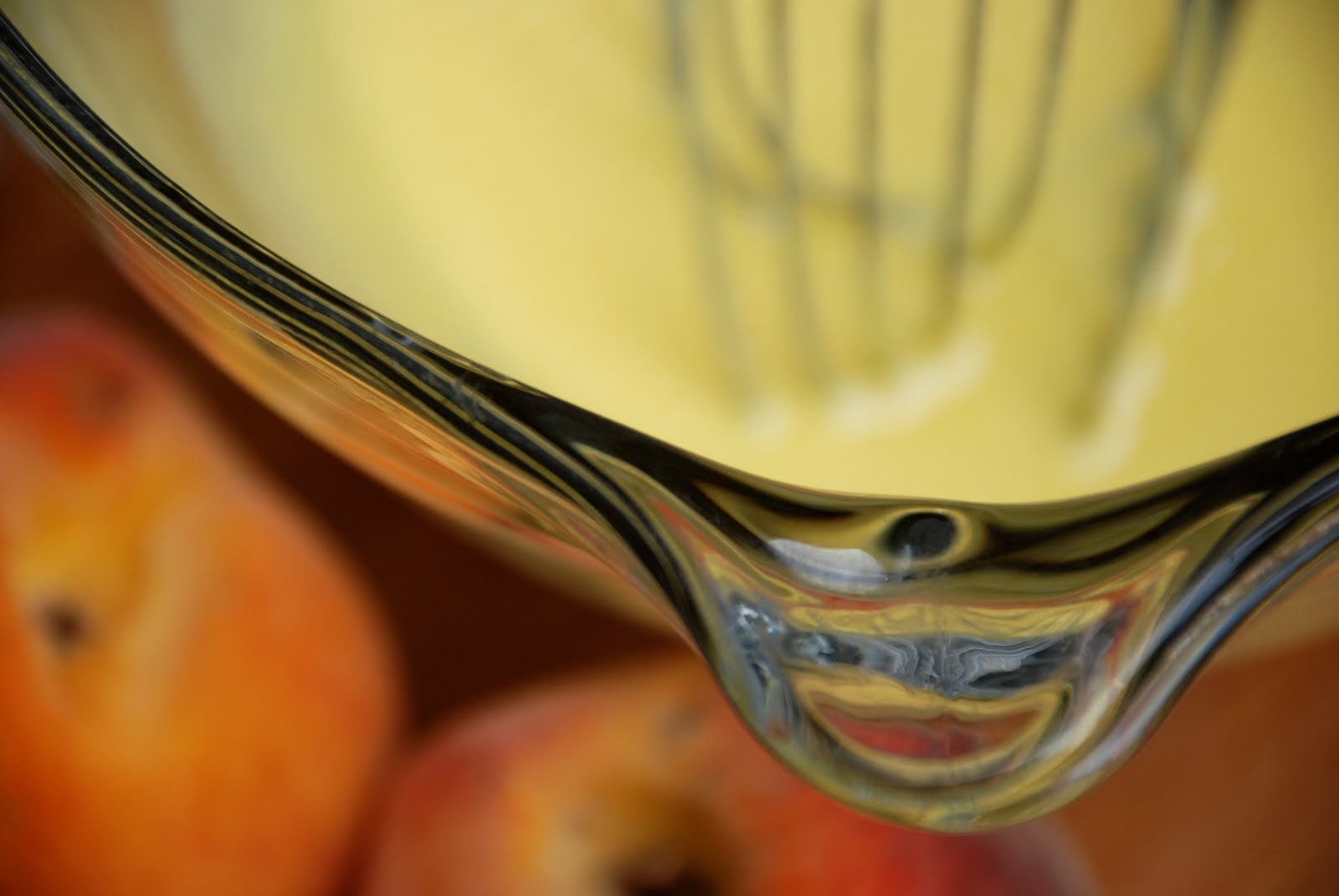 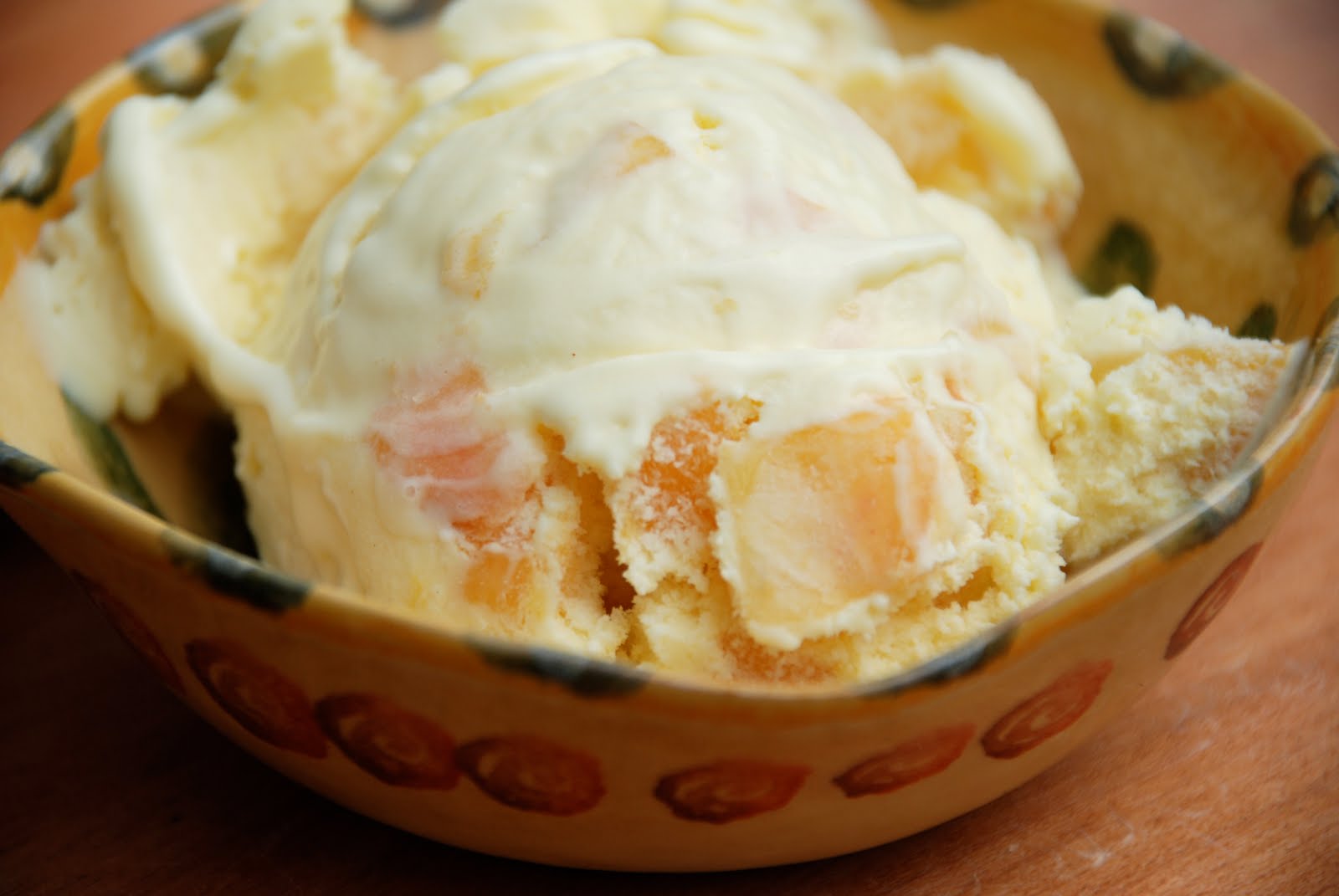 Dinner tonight: Spatchcock Chicken with Tangy Barbecue Sauce and Grilled Corn. Estimated cost for two: $6.69. Two years ago, the mere mention of spatchcock chicken would get the side eye from JR. Oh, but not now. Oh, no. Today, my friend, today, JR cannot be dissuaded from the preparation. It is his new, very most favorite way to cook chicken. For those of you who are novice spatchcockers, all this means is that a whole chicken is cut in half at the breast bone, allowing the chicken to flap apart (much like the frog in tenth grade Biology class, remember?), therefore speeding up whole-chicken grilling, which is our main method of spatchcock chicken cooking. Spatchcock was even the word of the day on Dictionary.com last weekend (I feel like maybe they’re spying), and Food52 has also posted about it in the last week or so. These things combine to make it almost a bona fide trend. JR is so cutting edge. Trendy or not, it does result in ridiculously good grilled chicken, onto which, we will slather tangy barbecue sauce – the chicken was on sale for $1.69 per pound at Whole Foods, we got a good-sized bird, and it cost us $6.23. We’ll eat half tonight, and JR will take the other half for lunch tomorrow, so tonight’s chicken costs $3.12. The barbecue sauce is from the Poor Girl Gourmet cookbook, and costs $3.05 for a 1 1/2 cup batch, we’re very likely to use a half-cup or less, so we’ll call that $1.02, and we’ll grill 4 ears of corn, which will cost $2.20, plus about a half stick of butter (I know, it’s disturbing, but after many weeks of careful observation, this is what it takes to render us butter-slobbering corn-gnawing fools – 1 tablespoon of butter per ear. I’m hoping a good amount of that drips off onto my plate, but I believe that’s really just denial in action. Which is cool. I’m good with denial if it allows me to eat more butter, I guess.). The half stick of butter (took a while to get to the point of pricing this butter, didn’t it?) costs 35-cents. With two ears of corn each, there’s absolutely no need for any other starch. If anything, we should be having heaping bowls of lettuce to try to counteract the butter and corn. But we’ll probably just follow the main course up with the peach-bourbon ice cream. It is the weekend, after all.