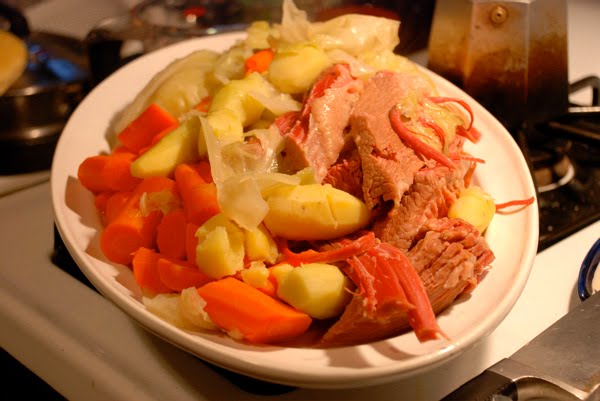 It’s a little difficult to make corned beef look sexy, but, man, please do take a look at those potatoes. Those potatoes make everything on the platter look hot. Of course, that could have to do with just having been pulled from a pot of boiling water, I suppose.

On Sunday night, we had our friends Mike and Anne over for boiled dinner.

“Wow. This is really good,” Anne said between bites.

“Yeah, the corned beef is really tasty,” Mike chimed in.

“Amy made it herself,” JR said.

They chuckled. Of course I made it myself, they saw the whole operation, right?

“No. Really. Amy made the corned beef herself. She brined it and everything.”

After a brief description of the process – all 5 minutes of active time that’s involved in brining brisket, and a discussion about where the brisket comes from on the cow, it sounds as though Anne is going to make her own corned beef, too. 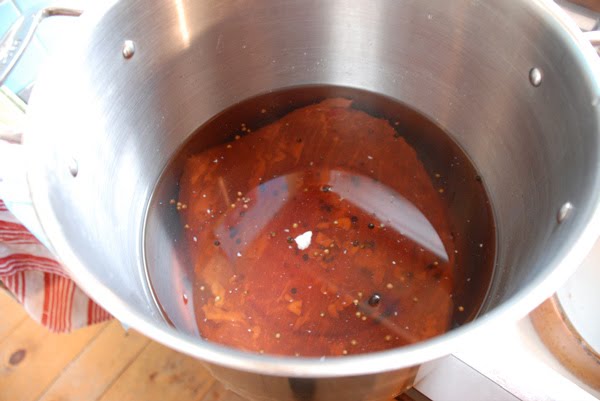 And why not? The Charcutepalooza projects to date have been easy, but none as easy as corning you some beef. Combine salt, sugar, pink salt (the special curing type, not the fancy Himalayan type), and pickling spices in water, bring the mixture to a boil, allow the brine to cool, then add the brisket, sink it to the bottom of the pot or container by placing a plate on top of it, and refrigerate it for 5 days. 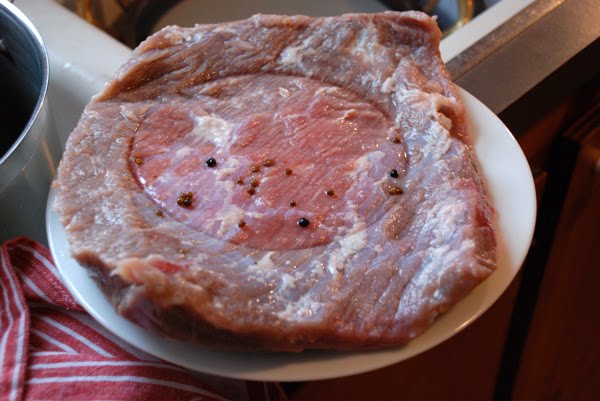 if you need evidence of the plate used to submerge the beef, well, there it is.

At the end of Day Five, remove the beef from the brine, rinse it, and prepare for your boiled dinner. At our house, we keep it simple: corned beef, a couple of onions that we’ve quartered, a teaspoon of black peppercorns, a teaspoon of coriander seed, and enough water to cover it all by a couple of inches.

Simmer the beef for a couple of hours, then add one head of cabbage that you’ve quartered, as many carrots as you like, cut into 2-3 inch lengths, and cook for another hour, being sure to add the potatoes during the last 15 to 20 minutes, lest you end up with potato soup broth in your boiled dinner, as my brother-in-law once did, and now recounts the tale to pity and laughter each year around this time.

“The potatoes, they just disappeared,” he wails.

And who can blame him? You have to have potatoes with boiled dinner. Have to.

Though I suppose that if you brine your own beef, you could maybe get by without potatoes and instead fill yourself with homemade corned beef and the glow of Charcutepaloozaing. Which is a made-up verb from a made-up word. 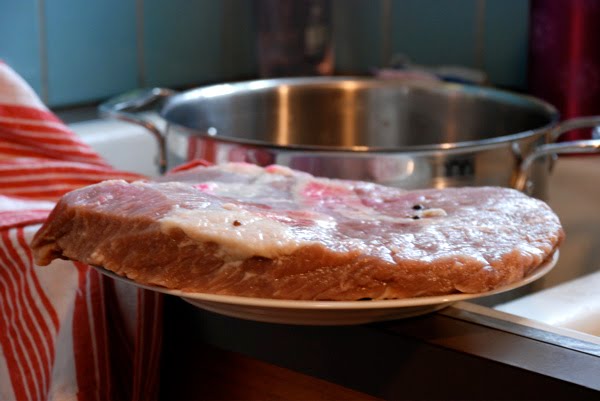