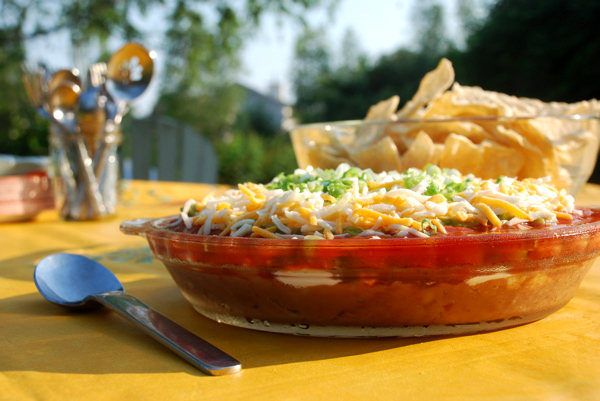 I know, I know, not terribly sexy, but from recent party observations, people (this person included) really like themselves a Seven Layer Dip, and canned items are an expected part of the deal.

Sure, I could re-fry my own pinto beans, soak and make spicy a couple cups of black beans, chop up some vegetables for salsa, and make guacamole, but darn it, it’s hot out.

And hotness, I’ve learned just lately, makes me lazy (sure, go ahead. Call it heat. Fine. I’m delirious with hotness stroke, so I can’t even find the proper words. And right now, I like hotness better.).

A few weeks ago, despite the overwhelming hotness of the day, we decided it would be a good idea to light a fire and sit around it after the work day was over.

We have some friends who also like sitting around a fire on a 90 degree day, so by sunset, Fire Pit Friday was in full swing in our backyard. We told stories, we laughed, we listened to music, we gazed at the fire in a stupor.

Perhaps it was the wine that caused the stupor. Or it could have been the heat. Ahem, hotness. No matter the cause, when we broke from the spell of the fire and/or booze, we ate. But of course.

Fire Pit Fridays are a potluck affair, so even though we’re the hosts, we’re only responsible for a few snacks. On this particularly steamy Friday, Seven Layer Dip seemed the best, least labor-intensive option. 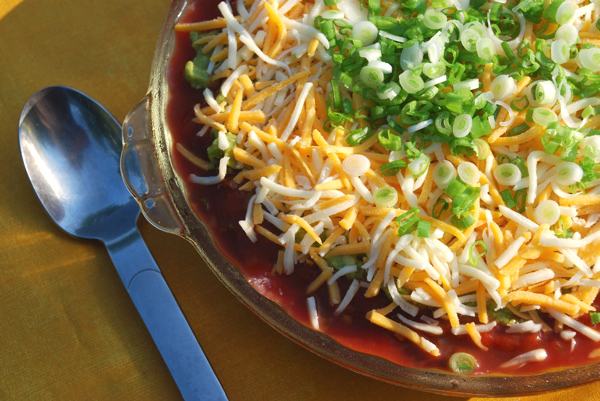 Estimated cost for a vat of Seven Layer Dip and the chips that go with it: $19.26.

I used Whole Foods Market 365 Everyday Value brand things-in-cans-and-jars for this dip the last few times I’ve made it, with the exception of their prepared foods’ guacamole, which is the most expensive item on the ingredients list. However, on the occasion when I have made the guacamole myself, I found that my overwhelming laziness, and therefore disdain for food preparation at that time, led me to believe that for a dollar or so difference in price, it was worth it to continue on the convenience train instead. 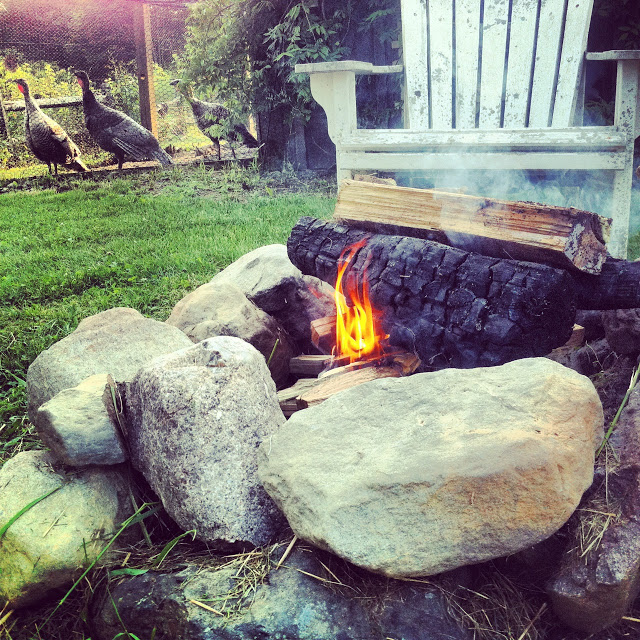 This Adirondack chair did not overwinter well. We’ll clean ‘er up and paint ‘er real nice-like. Right after fire pit season is over.