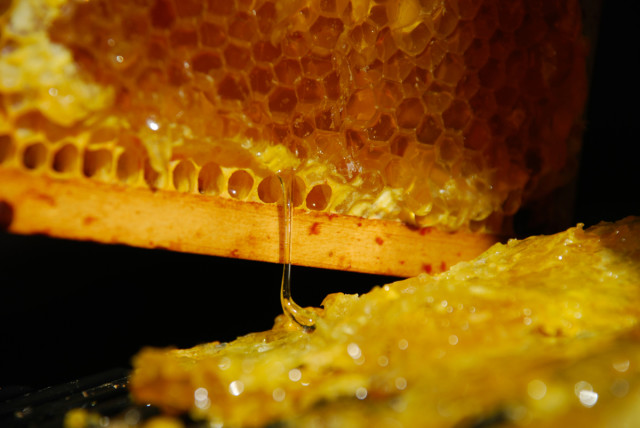 We had just one hive this year, but the bees did pretty well, and we’re up to our ears in honey. Yet I’m pretty sure it’s still not enough. One can never have too much honey.

JR pulled the frames containing the honey from the hive and hightailed it to the barn, where we harvested the honey in his workshop. It didn’t take long for the bees to catch on that there was honey – a lot of honey – in the barn and JR had to tape the window (yep. tape it.) shut. The window in his workshop swings out on a hinge and blows in the breeze if not latched, but even latched, there are plenty of gaps through which a bee or one hundred could crawl. Tape seemed the most secure way to keep any and all bees from getting into the room with us. 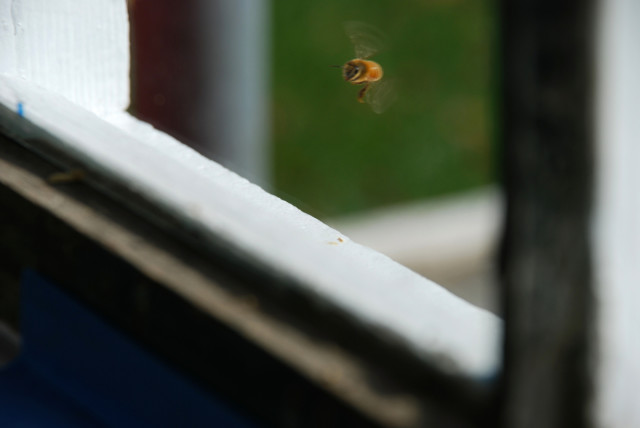 The honey comb that caps the stores of honey (known as “the capping”) is cut with a warm knife, then the frames are placed in a honey extractor, which uses centrifugal force to remove the honey from the comb.

We’re a low-budget honey operation over here, so rather than using a specialty uncapping knife, JR uses our largest chefs knife, and (this time, anyway) heats it using an open flame. This is almost as bad as his short pants decision when he went into the hive, and I don’t like an open flame, particularly not in our barn, but it all worked out in the end. And JR then spent 3 days scrubbing the heck out of the knife to get the burnt-on wax off of it.

We have usually used the boiling pot of water method to heat the knife – dip the knife into a boiling pot of water, wipe it dry, then slice the capping off of the honey. Don’t tell JR, but I think both the open flame and boiling water methods are soon to be a thing of the past. Santa Claus (yeah, that’s right) told me that an uncapping knife is on JR’s gift list this year. Thank goodness. 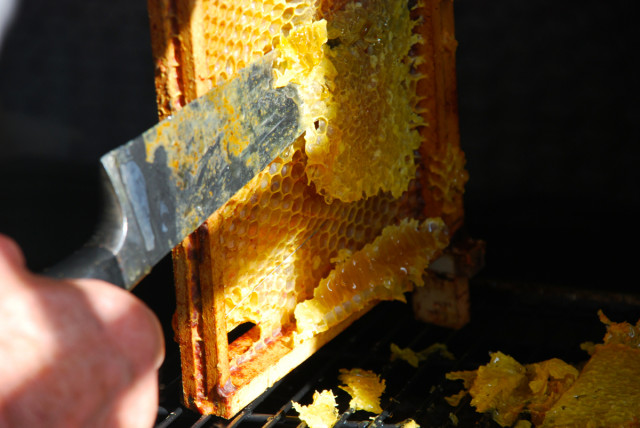 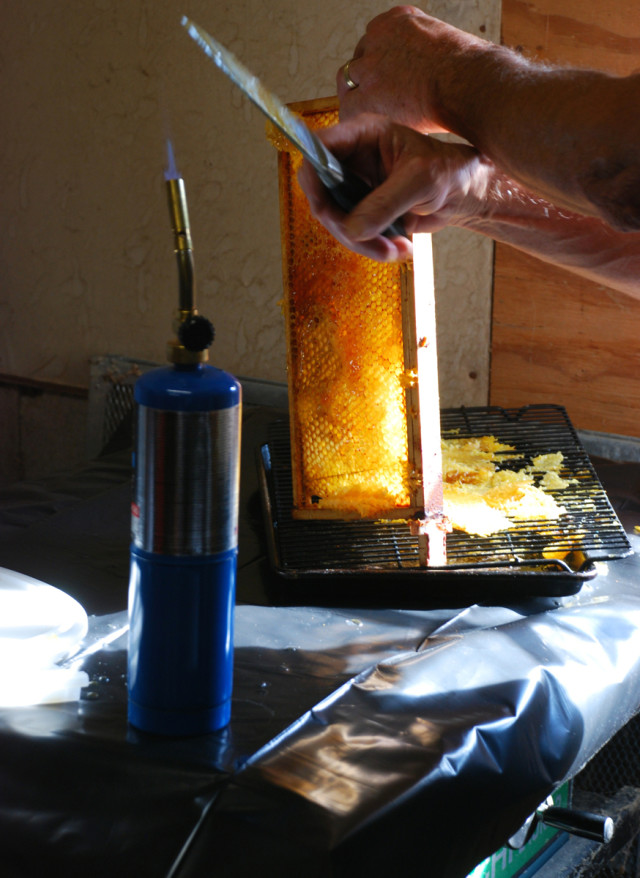 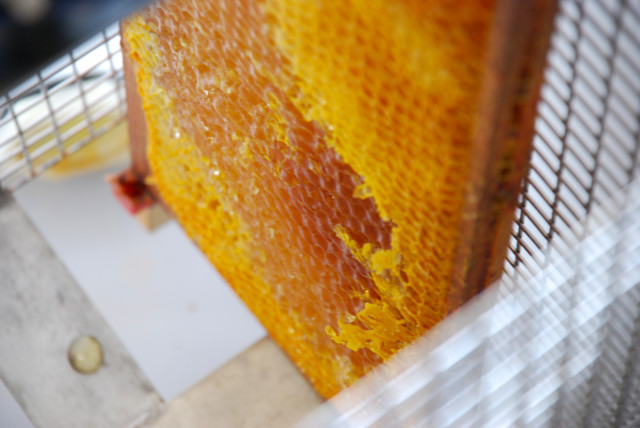 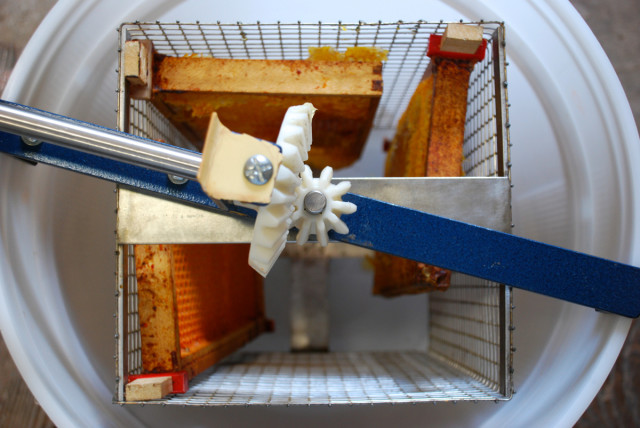 Once the honey has poured out of the frames into the honey extractor, there is a spigot on the base of the extractor, which we open up to let the honey flow into a pitcher. We then use that pitcher to pour the honey into jars. 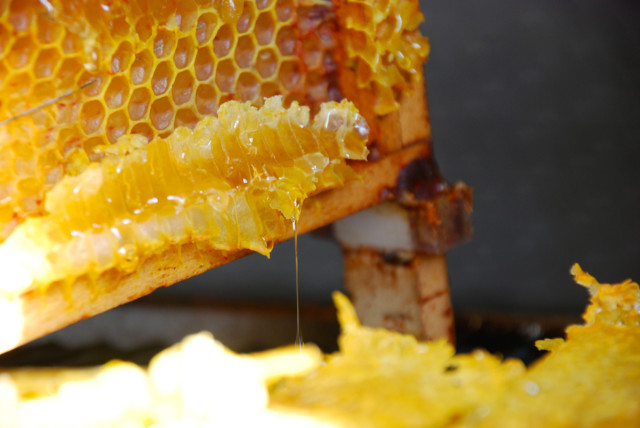 After the extractor is empty, we manually press the cappings to remove even more honey, and strain it all through a fine mesh strainer before jarring it up.

I’m almost as obsessed with how cool the cappings look as I am with how good the honey tastes. 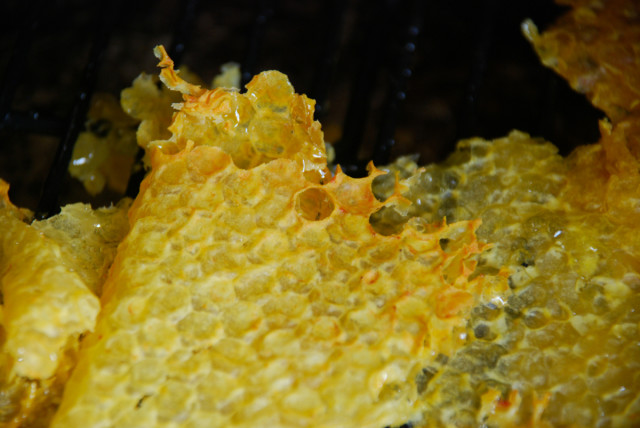